INTERNATIONAL RELATIONS
Germany | Reduced arms exports to Turkey – What applies for Cyprus and Greece
Defence Redefined
Published on 09/11/2022 at 12:30 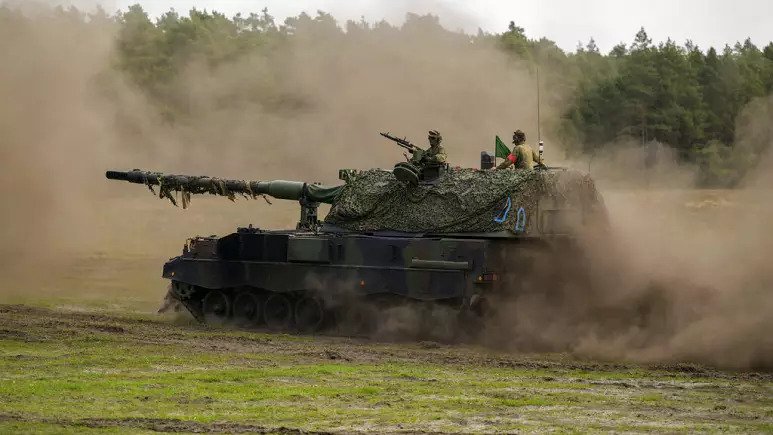 A response of the German federal government to a question of the parliamentary group of the Left (Die Linke) refers to the German exports of armaments to Turkey.

In particular, as the Greek version of Deutsche Welle points out, in a question from the Left Member of Parliament, Sevim Dagdelen, to the German government, clarifications were requested on a series of critical issues regarding the licenses, volume and nature of German armaments to Turkey in 2022.

In response to the question, the German government provided the following data: between January 1, 2022, and September 26, 2022, 11 individual arms export licenses were issued to Turkey with a total value of 3.94 million euros. This amount is lower compared to the three previous years: 11.1 million euros in 2021, 22.9 million euros in 2020, and 26.1 million euros in 2019. This year’s exports concern two frigates and a barge ship for recycling, as well as other weapons.

Regarding the question about the licensing regime, despite the fact that these are arms exports of lower economic value compared to previous years, the following facts are of interest: all the license applications for arms exports to Turkey submitted for 2022 have been approved. In other words, there was simply no rejection of a request for German weapons.

On the other hand, according to the answers of the German government, no license was given for weapon systems that fall under the list of goods for any kind of use in submarines, but also under those intended for use or installation in military unmanned aerial vehicles (e.g. torpedoes, bombs, etc).

A series of questions, however, also concern Cyprus and specifically a) Nicosia’s plans to purchase the Israeli Iron Dome system in exchange for sending Soviet-made Tor-M1 and Buk-M1 systems to Ukraine and b) Cyprus’ possible purchase of 175 Spike anti-tank guided missiles and their components.

The German government replies that it has no information about relevant publications circulating.

Finally, to a question about the attitude of the German government towards a resolution of the Cypriot parliament, which basically calls on Berlin to immediately support the withdrawal of German Leopard 2A4 main battle tanks that are in the occupied territories in violation of international law, but also to take the initiative against Turkey, the German government does not give any answer, citing “the secrecy of the talks”.

Member of Parliament, Sevim Dagdelen, from the Left Party stated that considering Turkey’s military provocations against EU members Greece and Cyprus, Ankara’s ongoing violations of international law in Syria and Iraq as well as Turkey’s participation in the war against Armenia, the German government must halt all arms supplies to authoritarian Erdogan.

She adds that it is a pure mockery that the German government is not finally pushing publicly for the withdrawal of the Leopard 2A4 tanks from the part of the Republic of Cyprus illegally occupied by Turkey.

Finally, it is noted that for years, the conflict between the two states of Greece and Turkey and NATO partners has been escalating. Greece and Turkey are involved in a dangerous arms race, with German weapons included. Since 2000, Germany’s federal authorities have approved arms exports to both Greece (€2.5 billion) and Turkey (€2.6 billion).