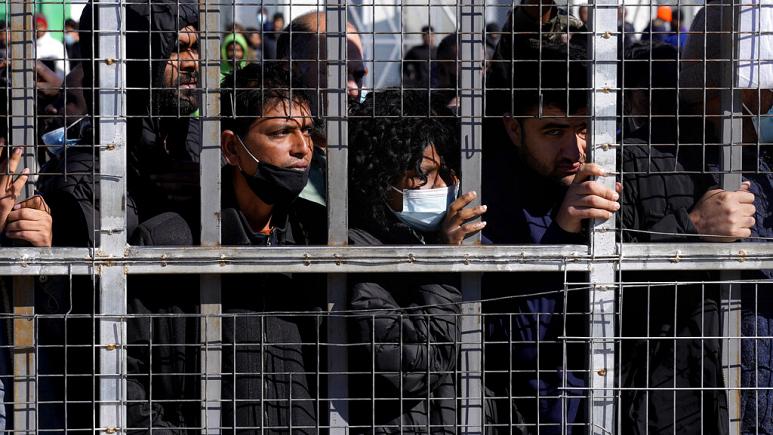 The Eastern Mediterranean immigration corridor was the third route mostly used in the first five months of 2022, according to preliminary estimates by Frontex, with a significant part of these estimates being related to the immigration flows witnessed in Cyprus.

The highest number of arrivals during the same period was recorded in the Western Balkans corridor (40,675 people, about half of the total EU arrivals), the Central Mediterranean (16,828 people), and the Eastern Mediterranean (13,668 people).

In particular, in the Eastern Mediterranean, the number of people identified increased by 116% compared to the same period last year. The number in Cyprus increased by 213% during the same period and concerns two-thirds of the crossings in the region (9,230 people). Most of the immigrants using the Eastern Mediterranean Corridor came from Nigeria, Syria, and the Congo (Kinshasa). At the same time, in May the number of illegal immigrants increased by 55%, reaching 2,226 in the region.

In the Western Balkans, the number of illegal crossings more than doubled in the first five months of 2022, compared to the same period last year.

As a result, most of these people came from Syria, Afghanistan, and Turkey and the majority were in the region long before they decided to go to the EU. In May, according to Frontex, the number of illegal immigrants became larger than doubled, reaching 12,088 people.

In the Central Mediterranean, immigration flows remained stable with about 16,828 illegal crossings, an increase of 15% over the same period last year. Most immigrants came from Egypt, Bangladesh, and Tunisia. The number of illegal immigrants in May was 6,066, similar to last year.

82% overall increase in the EU

As is pointed out, the data does not include the number of people crossing the EU from Ukraine through legal crossing points. According to the latest Frontex figures, more than 5.5 million Ukrainians have arrived in the EU from Ukraine and Moldova since the start of the Russian invasion in February.

Meanwhile, the number of illegal immigrants at the EU’s eastern border quadrupled compared to last year reaching 2,155, with most of them being citizens of Ukraine, Iraq, and Belarus. In May, 207 people were identified, a number showing an increase of 67% compared to last year.

Finally, crossings on both sides of the English Channel, mainly to the United Kingdom, increased by 122%. As noted, these crossings usually peak between June and November. In 2022, people with more than 46 nationalities were registered, with the number of Albanian citizens increasing significantly since mid-April.