ARMAMENTS
EUROSATORY 2022 | The Jaguar 6X6 as a potential option to replace the “ageing” Cascavels of the National Guard
Defence Redefined
Published on 18/07/2022 at 18:20 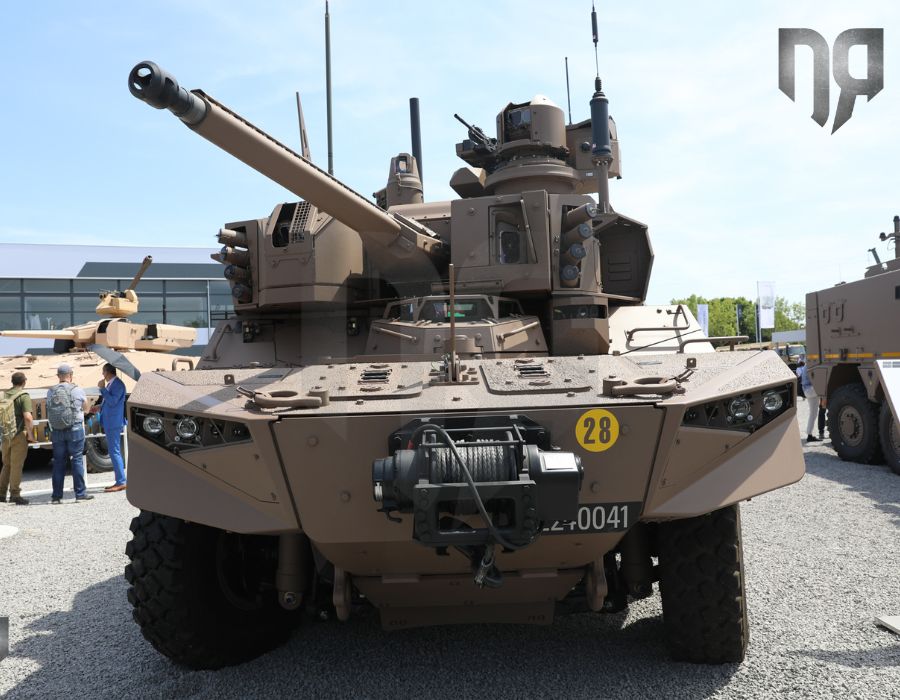 During our visit to the Eurosatory International Defence and Security Exhibition in Paris, we had the opportunity to visit the exhibition space of Nexter, a member of the KNDS group.

In the company’s showroom (which was shared with KMW – also a company of the same group) there was an impressive collection of exhibits which included, among others, the Leclerc, Leopard 2 and EMBT tanks, the Caesar 1 and 2 self-propelled howitzers, the wheeled multi-purposes vehicles Titus and Griffon as well as the VBCI “Philoctetes” and Jaguar armoured fighting vehicles. 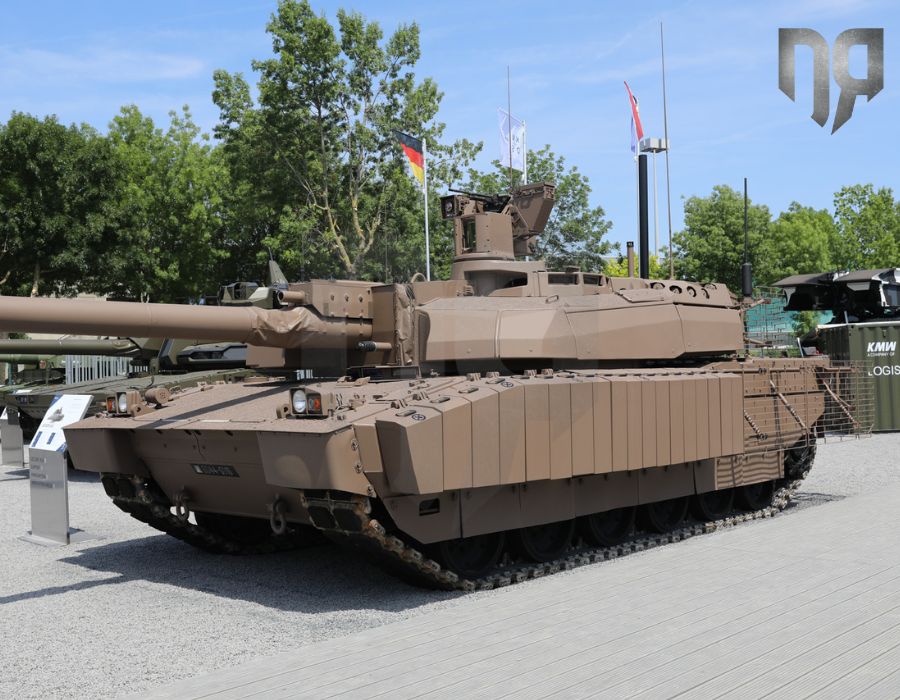 In this article, we will focus on the Jaguar 6X6 EBRC (Engin Blindé de Reconnaissance et de Combat – Reconnaissance and Combat Armoured Vehicle), the vehicle which could potentially be a replacement option of the “ageing” EE-9 Cascavel armoured vehicles of the National Guard. 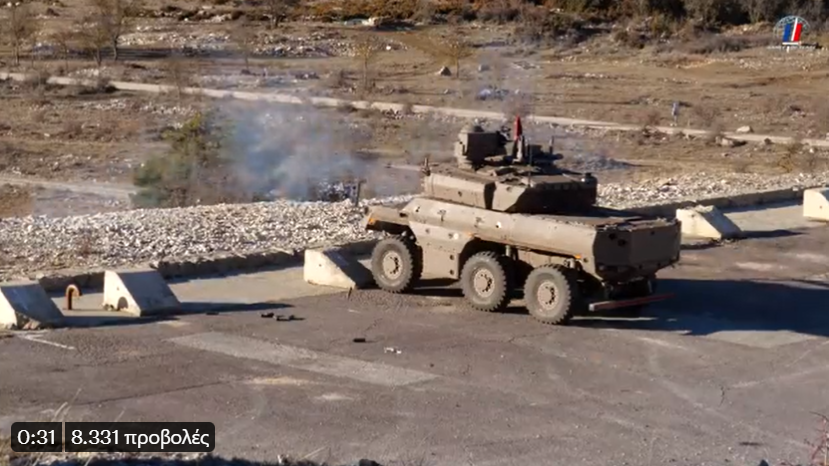 Jaguar is intended to gradually replace the French Army’s older generation AMX 10RC and ERC 90 armoured reconnaissance vehicles under the Scorpion program. In total, the French Army is to receive 300 such armoured vehicles by 2030 and 1872 Griffons which are produced by the same joint venture and share several components with the Jaguars. 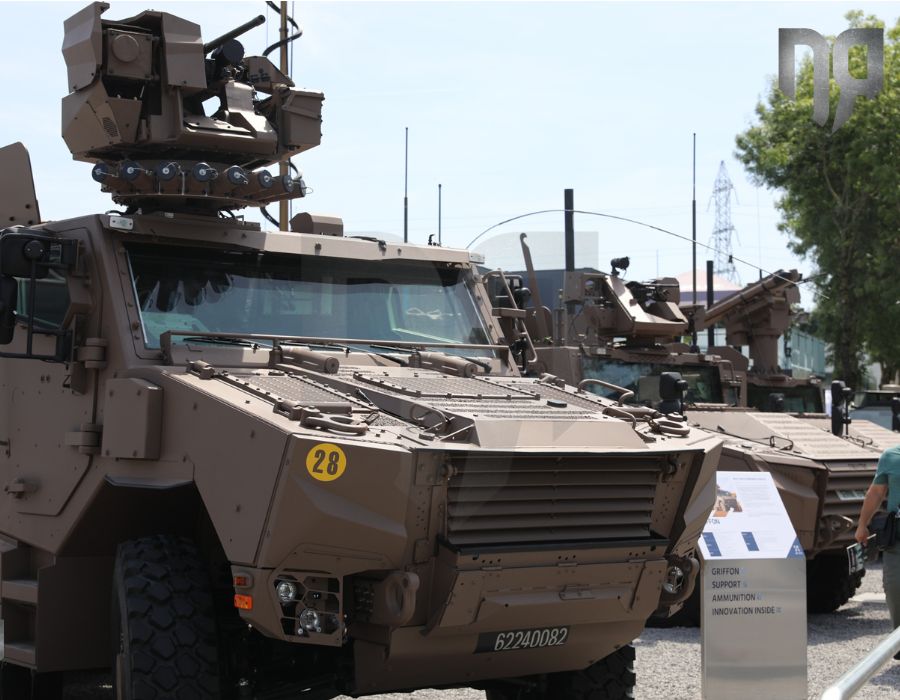 The Jaguar is equipped with the 40mm 40 CTA gun, also installed on the British AJAX Armoured Fighting Vehicle. The 40 CTA gun is manufactured by the CTA International joint venture between the British company BAE Systems and the French Nexter. The Jaguar can also be equipped with MBDA’s 5th generation Akeron (formerly MMP) anti-tank missiles; however, in our discussion with Nexter’s officials, we were told that the vehicle can also be equipped with different anti-tank system solutions. 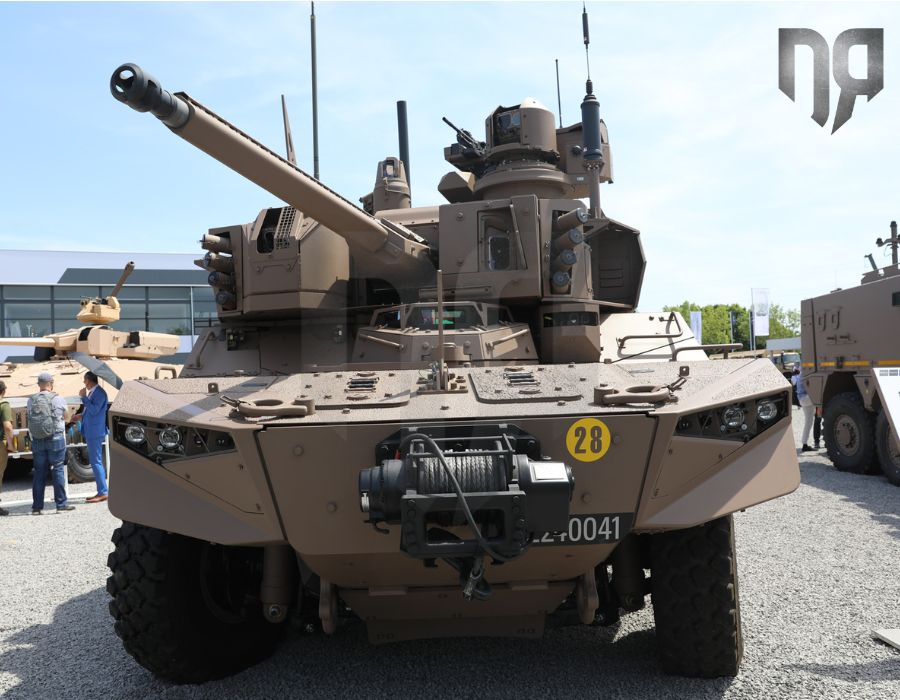 The 40 mm 40 CTA (Cased Telescoped Ammunition) gun located in a two-man stabilised turret on the vehicle provides superior firepower compared to its smaller calibre counterparts. In particular, the terminal effect of the 40mm HE round is 4 times greater than that of a 30 mm conventional High Explosive round. The 40 CTA, despite being classified as a medium-calibre gun, nevertheless has a small and compact size due to its innovative design (push-through architecture) and does not require much intrusion in the vehicle body. This gives it a wide range of travel height of up to 75 degrees. This advantage allows the Jaguar to effectively engage not only Armoured Vehicles, but also aerial threats such as Unmanned Aerial Vehicles (UAVs) or targets in high structures in urban terrain, using Airburst ammunition at distances reaching 4+ kilometres and at a rate of fire of up to 200 rounds per minute.

The types of 40 mm ammunition that the 40 CTA gun can use are: 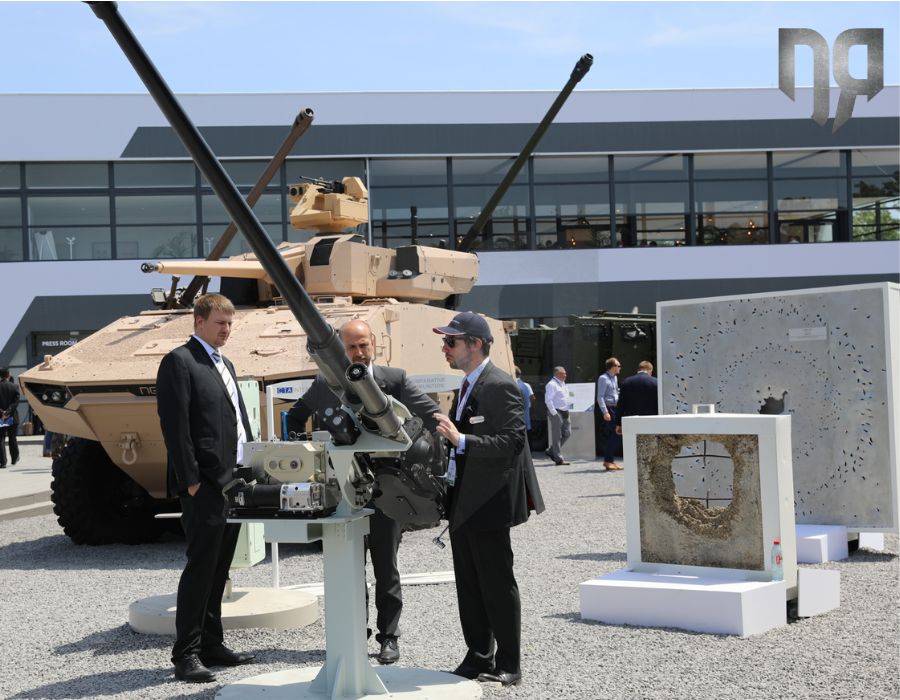 The photo depicts the 40 CTA gun and the damage inflicted on the reinforced concrete target by Nexter’s GPR-AB AirBurst ammunition. “Philoctetes” at the background

In addition, the Jaguar has 60 ready-to-fire rounds (of any type and/or combination) in a special linkless feed system (AHS) of a carousel type.

The Jaguar is also equipped with an Arquus Hornet S turret that carries a 7.62mm machine gun and 550 ready-to-fire rounds, while it can move 360 ​​degrees in azimuth and between -20 to +60 in elevation. 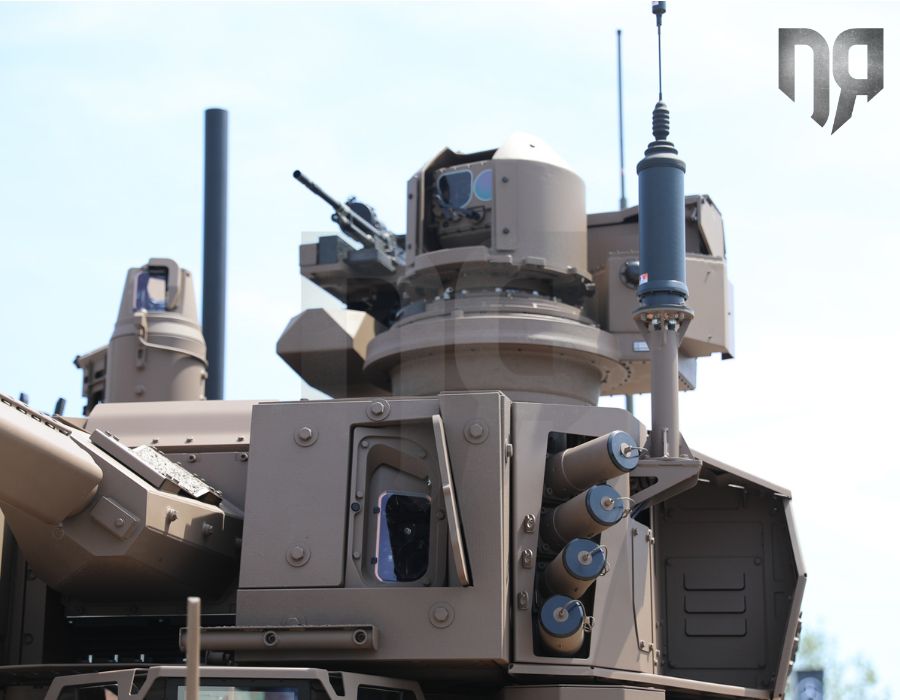 The electro-optical (EOS) package includes SAFRAN’s PASEO modular panoramic system which carries an HD day camera and a thermal camera operating in the 3-5 and 8-12 μm spectrum for 360-degree directional (azimuth) observation and from -30 to +62 degrees in elevation. In addition, PASEO is stabilised on 2 axes and, according to SAFRAN, it provides the capability of reliable observation and a high probability of engaging targets (mobile or fixed). Its observation range is 15400 metres for target detection, 7600 m for target recognition and 4000 metres for target identification. 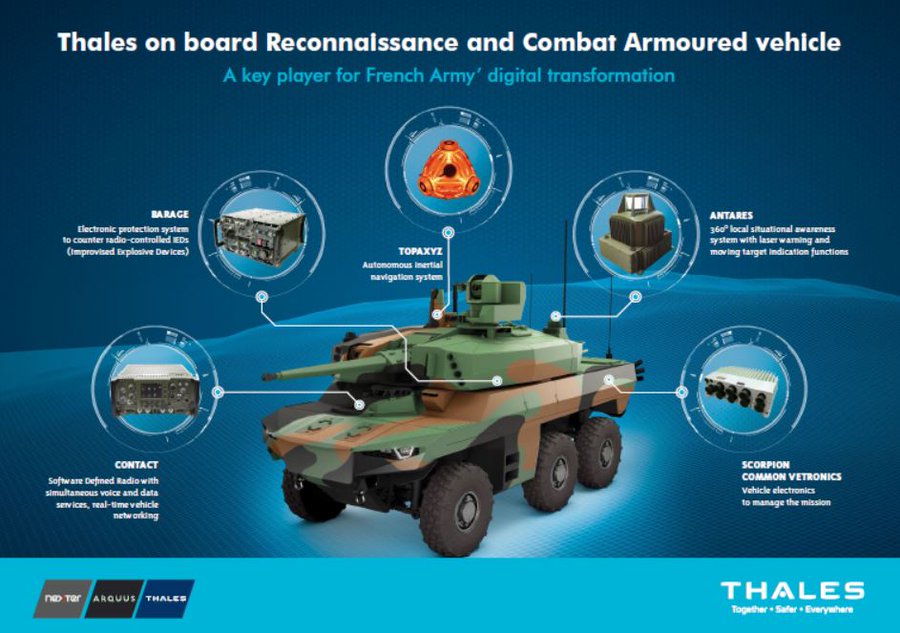 The Command and Control System onboard the vehicle is the Scorpion Common Vetronics suite which allows, among others, for the exchange of information between the vehicles of a battle formation in real time. The communication systems on board the Scorpion program vehicles are Thales Contact software-defined radio systems.

Other technical features of the Jaguar include:

The cost of the Jaguar for the French Army program amounts to 6 million euros, a reasonable price for the total capabilities of the vehicle, since it is one of the most heavily armed and best equipped vehicles of its class. It is noted that in addition to the French Army, the vehicle will also be delivered to the Belgian Armed Forces through the CAMO program which provides for the purchase of 60 Jaguar EBRC vehicles and 417 Griffon VBMR vehicles.

On Thursday 14 July 2022 Jaguar EBRC parade for the 1st time in France during the Bastille (independence) Day.