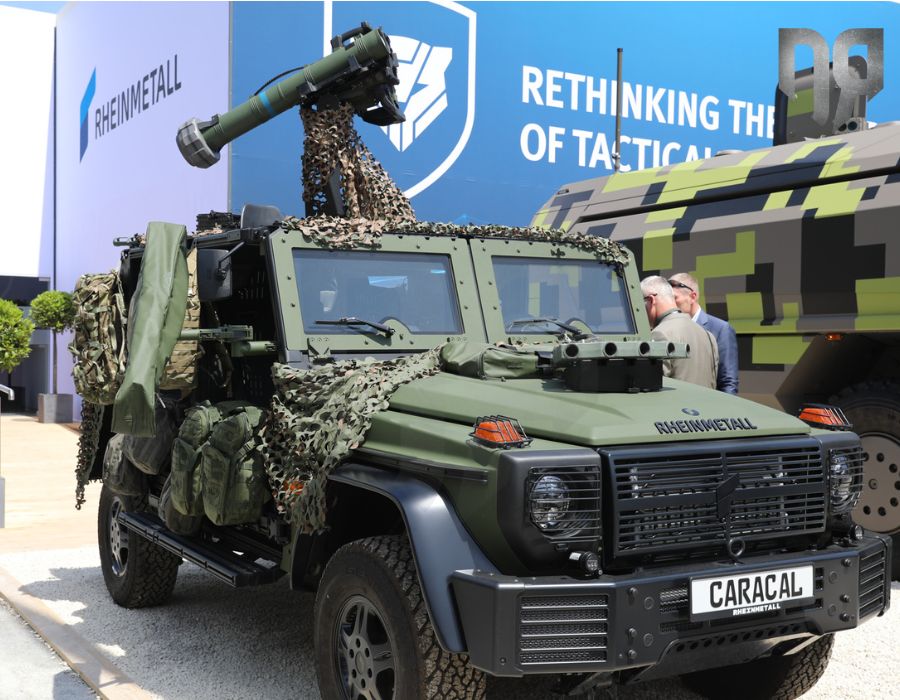 The Caracal special operations vehicle, the result of a collaboration between Mercedes-Benz, ACS Armored Car Systems and Rheinmetall, was unveiled at the Eurosatory 2022 exhibition.

With this vehicle, Rheinmetall entered the market of special operations vehicles. In particular, the Caracal is a flexible high-mobility 4X4 vehicle, which meets the needs of the airborne special operations units of Germany, the Netherlands and other countries.

The modular design of the Caracal allows it to operate in various roles, such as a troop transport, medical evacuation (MEDEVAC) or supply vehicle. 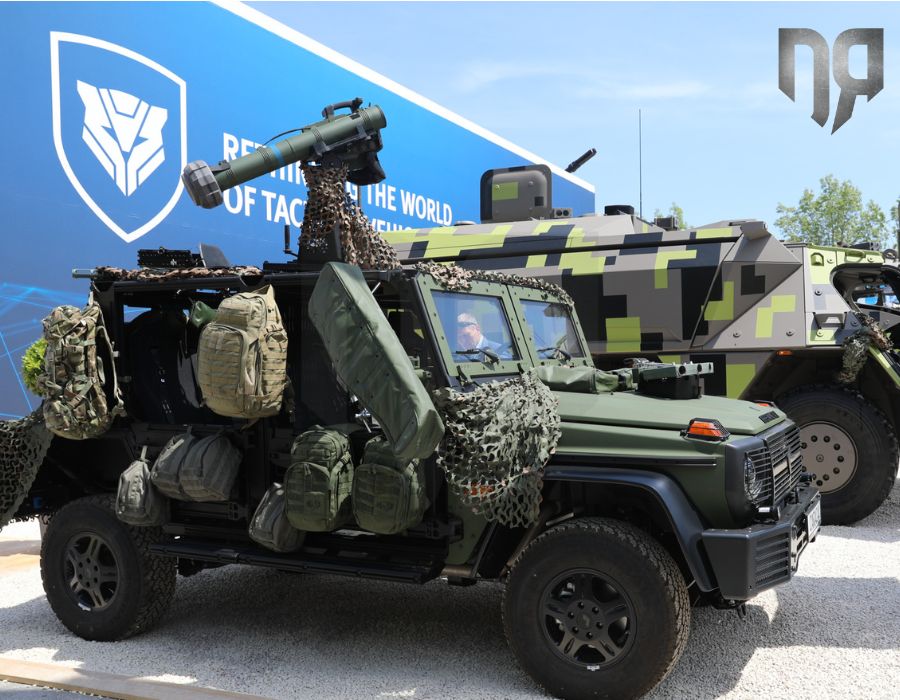 As for its armament, the vehicle can integrate all standard infantry weapons such as machine guns (light and heavy) as well as anti-tank guided missiles or grenade launchers on its ring mount. 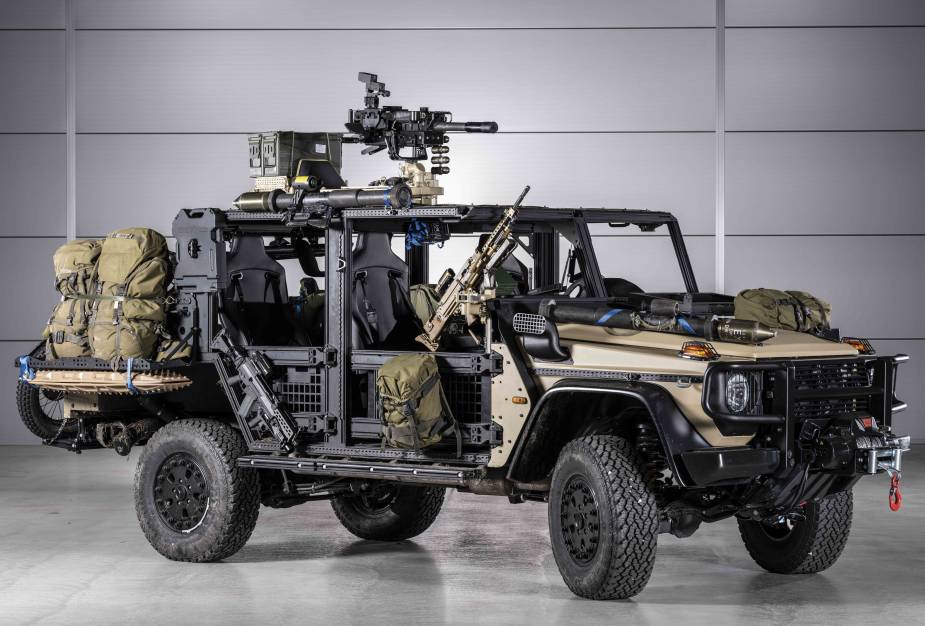 The Caracal is based on the ENOK AB, which is manufactured by Armored Car Systems GmbH (ACS) in Germany and is based on – the well-known in Greece and Cyprus – Mercedes G-Glass. The vehicle in question was also presented at the ACS booth at the Eurosatory exhibition, as you can see in the photo below. 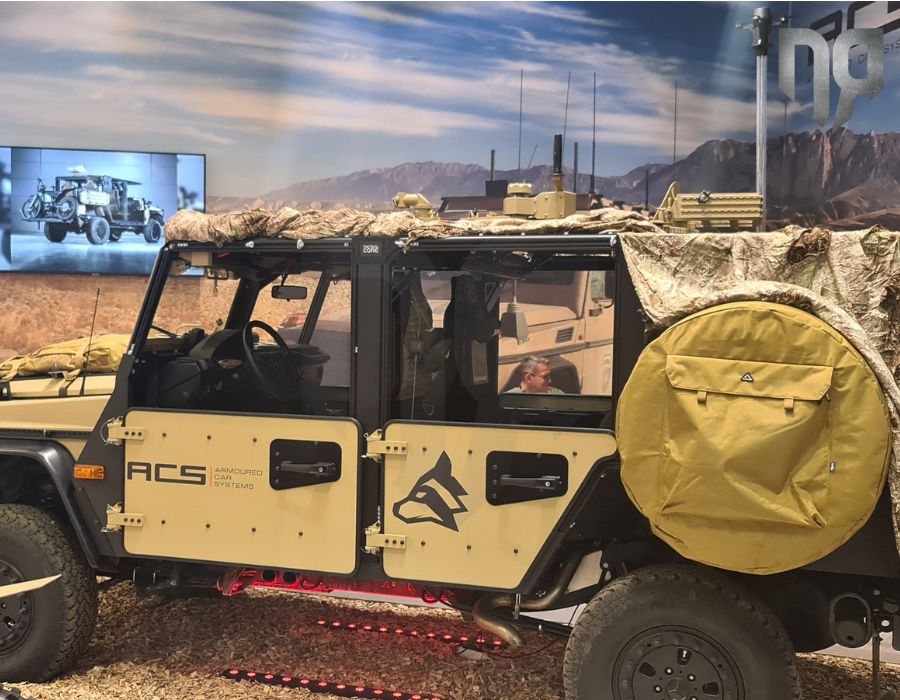 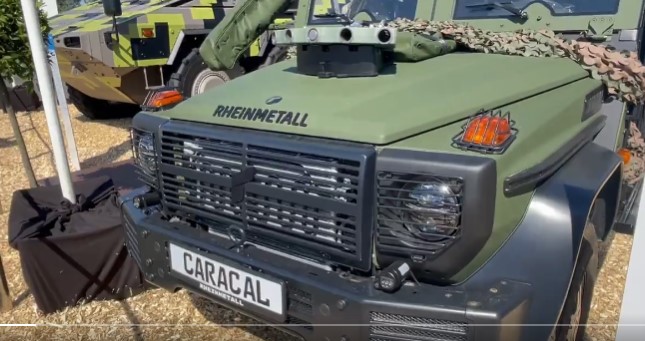 According to ACS, even though ENOK AB is based on the Mercedes G-Glass, it is nevertheless an affordable solution. Therefore, the Caracal will normally be an affordable solution too, at least in its basic version. In addition, ENOK AB, again according to ACS, is under delivery to NATO member-states in the next period; the customers’ names, however, have not been revealed.

The Caracal, according to Rheinmetall, will enter the mass production phase in 2023. Rheinmetall will be able to offer vehicle buyers full support for a period exceeding twenty years.