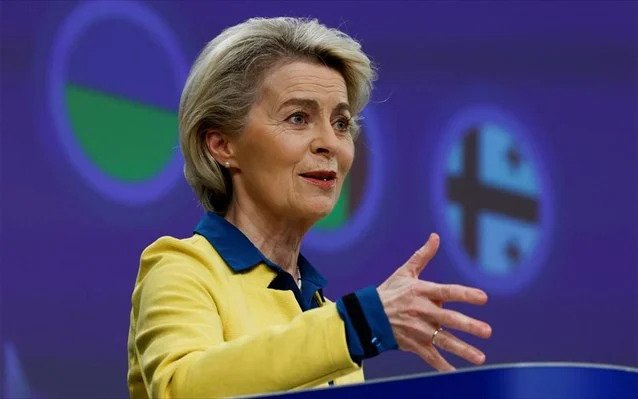 The European Commission has recommended that Ukraine and Moldova be granted European Union candidate status.

The announcement by the President of the Commission, Ursula von der Leyen, came a day after the visit of the strongest EU leaders to Kyiv as a sign of support. The leaders of Germany, France, Italy, and Romania, who visited Kyiv on Thursday, all voiced support for Ukraine’s accession to the EU. German Chancellor, Olaf Solz, said he had a “clear message: Ukraine belongs to the European family”.

The European Commission’s recommendation, which comes ahead of high-level discussions in Brussels on Ukraine’s possible accession, notes that the war-torn country will have to make a number of important reforms.

“We have a clear message – and that is that yes, Ukraine deserves a European perspective, yes, Ukraine must be welcomed as a candidate country. This is done with the understanding that good work has been done, but there is still important work to be done. The whole process is based on meritocracy, so it goes on smoothly and progress depends entirely on Ukraine. It’s in Ukraine’s hands,” said the President of the Commission.

In his latest message on Thursday night, Ukrainian President, Volodymyr Zelensky, referred to his country’s European perspective, saying that Ukraine has never been closer to the European Union.

This is the first step on a long and difficult path for Ukraine. Even with the Commission’s support, it will probably be years before Member-States can approve Kyiv’s accession – largely because Ukraine will have to implement several economic and political reforms to comply with European rules.

It is recalled that Ukraine is at war with Russia, which invaded the country in late February. Ukraine applied to join the European Union a few days after the Russian invasion.

Moldova, which borders Ukraine, and Georgia, which borders Russia and was partially invaded by the Kremlin in 2008, have also called for EU membership in the wake of the Russian invasion. The Commission has spoken positively about the prospect of Moldova becoming a candidate for EU membership, but has said that Georgia must first meet certain conditions.