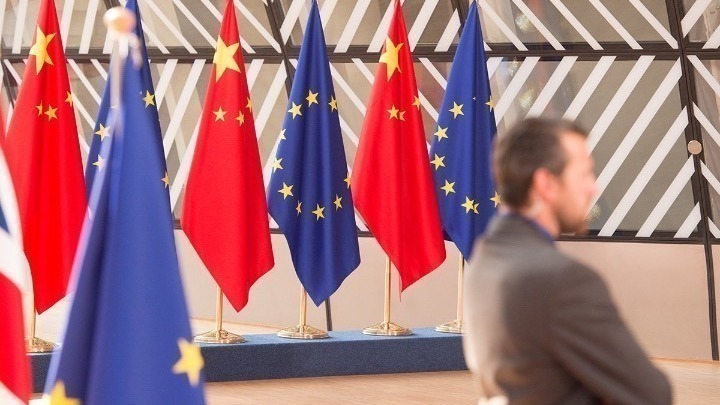 The EU will try to persuade China not to assist Russia in circumventing Western sanctions today at the two parties’ online summit. The latter will take place as Beijing seeks to restart relations with Europe, which is economically tested by the war in Ukraine.

The talks “will focus on the role we call on China to play, to exert all the influence and pressure required of Russia. This was not the original purpose of the meeting, but it became necessary,” concluded yesterday the French Deputy Minister of European Affairs, Clement Bon.

Beijing refuses to condemn the Russian invasion of Ukraine. In early March, the Chinese government praised China’s “rock-solid” friendship with Russia, recalling Moscow’s reasonable concerns about its security. Europeans are seeking to influence the strategic calculations of Chinese leaders, warning them of the financial costs they will incur if they offer support to Russia, says Gregor Stets, an analyst at the German MERICS Institute.

The way China reacts allows it to remain on Russia’s side without paying the price. If no more pressure is put on it, it will offer more help to (Russian President Vladimir) Putin, German MEP Reinhard Butikofer (Greens Party) stressed. However, the EU is captivated by its interdependence with Beijing: it absorbs 15% of the Asian giant’s exports, which supply it with many processed goods and key ingredients. China also accounts for 10% of the 27 exports, a key market, especially for German industries.

Also read: Kremlin | “Russia will not use nuclear weapons in Ukraine – The goals will be achieved”

The EU and China signed an ambitious investment agreement at the end of 2020, at the urging of Berlin. But its ratification remains frozen amid European sanctions over alleged human rights abuses, such as forced labor in Xinjiang province and Beijing’s countermeasures to MEPs and European researchers. Another cause of friction: the boycott of China’s imports from Lithuania following the opening of a Taiwanese diplomatic mission in that country.

For Valerie Nike of the French Institute for Strategic Research, the risk is that China will sell its neutrality to secure concessions such as the resumption of negotiations on an investment agreement.

On Wednesday, Russian Foreign Minister, Sergei Lavrov, visiting China, received a reaffirmation of the two countries’ “borderless” friendship with the United States, in the name of building a new world multipolar order, a vision that they call authoritarian bloc.

He reminded that China is anything but isolated, that several countries (India, Pakistan, South Africa, Brazil …) also avoid criticizing Moscow. For Beijing, Europeans were left to fend in a Washington-sponsored conflict that exposed Western vulnerabilities.

“Given its dependence on Russian gas, Europe probably shot itself in the foot when it decided to pursue US sanctions,” the English-language Global Times, which often expresses Chinese nationalism, sarcastically commented. It has ruled out any link between EU-China relations and the crisis between Europeans and Russia over the war in Ukraine; issues which, for the top European official, are inextricably linked.

Asked about the meeting yesterday, Chinese Foreign Ministry spokesman, Wang Wenbin, said that Beijing wants to continue developing (bilateral) relations, and wants more stability and positive energy in a complex and turbulent world environment, without any mention of Ukraine.

For Wang Yuei, a Europe expert at Beijing’s Renmin University, China, like the EU, hopes the war in Ukraine will end as soon as possible. China is concerned that European countries have adopted a hard line in their US-influenced foreign policy and has demanded that Brussels exclude any foreign involvement in bilateral relations.