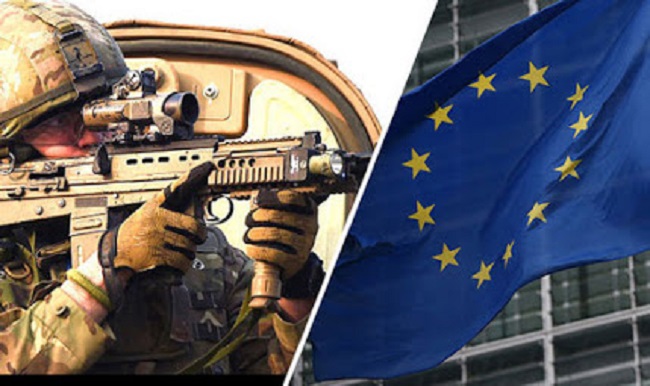 The head of European diplomacy, Josep Borrell, reaffirmed yesterday Thursday the support of the European Union to Mozambique. In fact, Mr. Borrell announced the grant of additional European military aid to the African country to deal with terrorism, following the recent bloody attacks in the north attributed to jihadists.

Arriving from South Africa for a two-day visit to Mozambique, Mr. Borrell met in the capital Maputo with President Filipe Nyusi and the Minister of Foreign Affairs of his government, Veronica Makamu, and during a press conference, he expressed the EU’s commitment and solidarity to Mozambique in its fight against terrorism.

He added that the EU last Thursday approved an additional $15 million in military aid to support Mozambican forces in the volatile province of Campo Delgado (north), which is often hit by bloody attacks attributed to jihadists.

These funds will allow the authorities in Maputo to acquire equipment, especially vehicles, and will be added to the 89 million euros already promised by Brussels to the African country’s Armed Forces, the EU said in a statement.

Mrs. Makamu referred to Mozambique’s relationship with the European Union as excellent, while Mr. Nyusi praised the EU’s support, including the creation of a training base for the Mozambican Armed Forces. Mr. Borrell visited this base yesterday.

Josep Borrell’s visit follows the killing of an Italian nun in an attack on her parish headquarters in Nabula province (north-east), for which Islamic State claimed responsibility.

The attack was a painful reminder of the fact that the fight against terrorism is not over and unfortunately extends beyond the district of Campo Delgado, Mr. Borrell said. On Wednesday, President Nyusi said six people had been beheaded, three kidnapped and dozens of houses set on fire in attacks in Nabula and other towns since August 27.

Until now, this region has been free from jihadist attacks, whose main target is the neighboring province of Campo Delgado, rich in natural gas.

Since 2017 and the escalation of the jihadist insurgency, the violence has killed nearly 4,000 people in the country, according to the non-governmental organization ACLED, which compiles data on war zones, and uprooted some 820,000 residents.

In July 2021, some 3,100 troops from Southern African Development Community (SADC) countries were deployed to support the Mozambican Army, which was unable to cope with the crisis, allowing it to regain control of large areas.

This has led to the jihadists splitting into small groups that are launching attacks further south, apparently in an attempt to overstretch security forces, according to experts in the region.