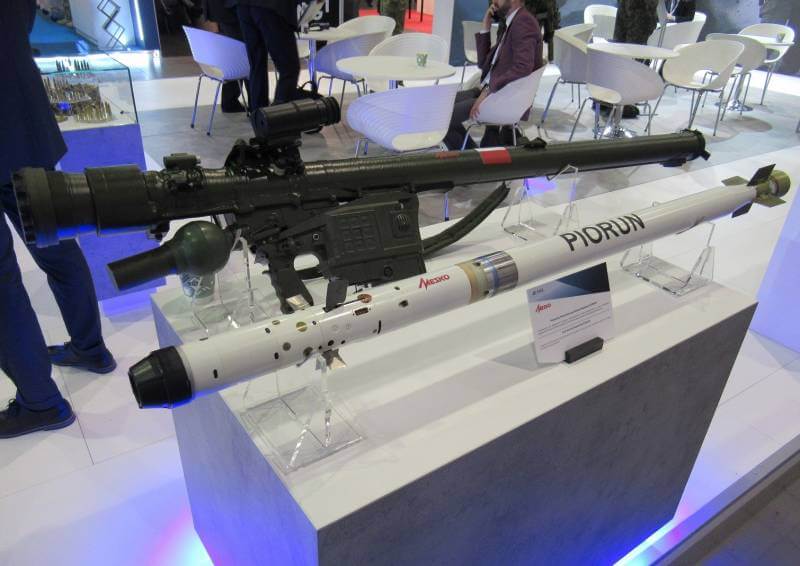 Estonia signed on Wednesday a deal to acquire the Piorun weapon system, a short-range, Man-Portable Air Defence System (MANPADS) already in use by both Poland and Ukraine.

Błaszczak said in a statement by his Ministry that deliveries of the “Piorun” weapon systems to Estonia will begin next year, aiming to build resilience in the situation in which the world has found itself with Ukraine attacked by Russia.

Since the war’s outbreak on February 24, the Ukrainian military has operated “Piorun” systems to shoot down Russian aircraft, UAVs and even cruise missiles (according to sources).

Under the deal, Mesko will deliver 100 Piorun launchers and 300 missiles to Estonia, according to the Polish statement. Training on the “Piorun” system for Estonian forces is expected to begin in 2023, followed by first deliveries in the second half of that year.

Pevkur said in a statement that the contract is a leap forward for the Estonian short-range air defence capability, which in turn is an upgrade for Estonian self-defence capabilities as a whole. In addition, this procurement is also a landmark for the defence cooperation of the two countries, both in terms of strengthening regional security as well as bilateral cooperation.

Estonia allocated €103 million (US $102 million) to boost its air defence capabilities, according to the Estonian statement, while in June, Poland’s Defence Ministry placed an order with Mesko to acquire 600 Piorun launchers and 3,500 missiles under a deal worth about 3.5 billion zloty (US $735.8 million). Mesko said deliveries to the Polish military are to begin this year.

The Piorun also called GROM-M and codenamed “Thunder” is a modernized version of the GROM MANPADS weapon system including a single-shot, short-range missile designed and manufactured by the Polish Company MESKO based on the Soviet-made 9K38 Igla (SA-18 Grail) weapon system. The said system was unveiled during the Defence Exhibition MSPO in September 2015 under the name GROM-M.

In terms of combat use the MANPADS in question are designed to engage low-flying targets on head-on and pursuit courses in clutter and jamming environments, while they can be used in all-weather conditions during day and night.

Further, this weapon system consists of a projectile, a single-use, off-the-shoulder tubular launcher, a starting mechanism and an on-ground power supply. Its specific layout is composed of the head compartment, which accommodates the tracking and control systems, the engine, which is located in the tail, and a warhead installed between them.

Also read: Javelin | The anti-tank missile that has become a symbol of the Ukrainian resistance

Also, one of the main features of the new “Piorun” is a mini keyboard on the right side of the trigger module, which can be used to select types of targets, environments and work modes. Last but not least, an “authorization system”, allowing use only by the operator, has been added.