INTERNATIONAL RELATIONS
Erdogan – Abbas | “Turkey has not changed its position in the Middle East”
Defence Redefined
Published on 24/08/2022 at 12:38 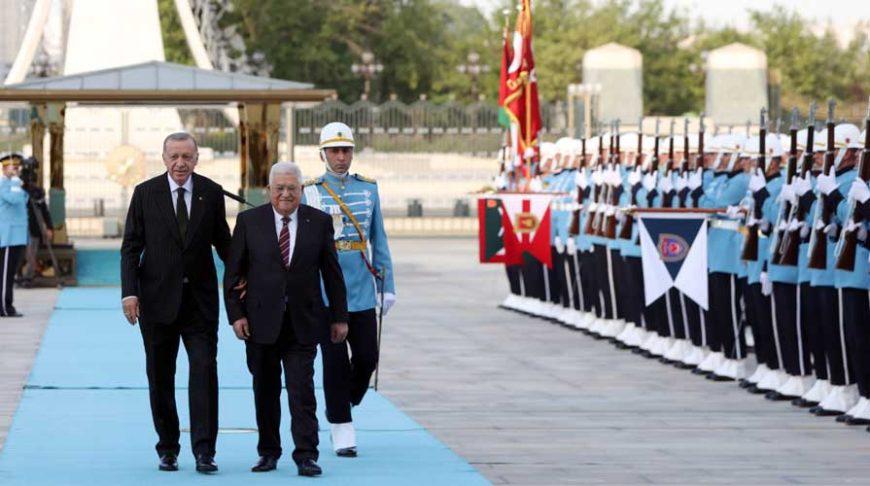 The normalization of diplomatic relations with Israel does not mean a change in Turkey’s policy in the Middle East, Turkish President, Recep Tayyip Erdogan, assured, welcoming the President of the Palestinian Authority, Mahmoud Abbas.

The Palestinian President met with Erdogan for talks and a private dinner. This is his second visit to Turkey within a year. Last week Turkey and Israel announced the rapprochement of their relations and the return of their ambassadors.

Erdogan treated the Palestinian leader with great respect and helped him, holding his hand, down the steps covered with a turquoise carpet.

Speaking to reporters afterward, he said that the measures taken in their relations with Israel do not undermine their support for the Palestinian struggle and assured that Turkey always supports the two-state solution.

Abbas made no mention of Turkish-Israeli relations, but thanked Erdogan for his support, saying he would again like to express his gratitude for the fact that Turkey and the Turkish government are on the side of the Palestinians.

Earlier, in an interview to the Turkish private channel Haber Global, Turkish Foreign Minister, Mevlut Cavusoglu, stated that the fact that they have normalized their relations with Israel does not mean that Turkey will make concessions regarding the Palestinian struggle and added that the dialogue must continue, even if they don’t agree on everything.