SECURITY
EMGF | The East Mediterranean Gas Forum is underway in Cyprus – Start of works for EuroAsia Interconnector
Defence Redefined
Published on 15/10/2022 at 13:00 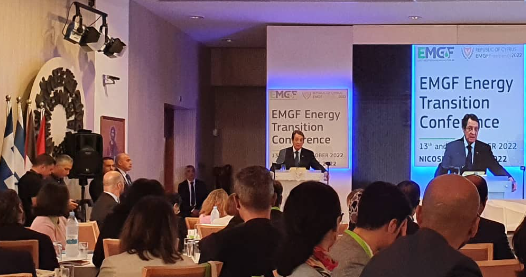 The EMGF Energy Transition Conference is held within the framework of the Presidency of the Republic of Cyprus in the EMGF for 2022 and is jointly organized in Cyprus by the Ministry of Energy, Trade, and Industry and the Cyprus Hydrocarbons Company, with the support of the Forum Secretariat.

As stated by the Minister of Energy of Cyprus, Natasa Pileidou, who is welcoming her counterparts and other representatives of international natural gas and renewable energy organizations, the European Energy Commissioner, Kadri Simson, has been invited and will attend the conference, which is being held at the Presidential Palace. In addition, more than 100 conferrers, including company representatives, have confirmed their participation in the Forum’s Gas Industry Advisory Committee. EMGF Secretary General, Osama Mobarez, will also attend the conference.

The opening of the conference will be addressed by the President of the Republic of Cyprus, Nikos Anastasiadis. Cyprus, Greece, Egypt, Israel, France, Italy, Jordan, and Palestine participate as members in the EMGF, while the EU, the World Bank, and the USA are participating as observers.

Egypt’s Minister of Petroleum and Mineral Resources, Tarek El Molla, said that Egypt’s infrastructure is the fastest way to help the EU’s energy security, because of existing pipeline solutions and infrastructure for liquefied natural gas (LNG) as well as good cooperation with the countries of the region.

He referred to the signing of a Memorandum of Cooperation with the EU so that more natural gas from Israel can reach Egypt and then be exported to Europe. This process is to accelerate in the coming months.

He also expressed the hope that there will be more natural gas discoveries from Cyprus soon and that their exploitation processes will be accelerated by using the infrastructure in Egypt.

Furthermore, the EEZ delimitation agreement between Lebanon and Israel will soon contribute to larger amounts of natural gas, which he said will somehow end up back in Egypt, while there is also cooperation with the Palestinians to develop natural gas fields.

Referring to Egypt’s domestic market, he said that needs are ever-increasing due to population growth and currently there is a 67% dependence on natural gas and 25% on oil. The target for renewables, he said, is 42% by 2035, which is likely to increase to 45%.

The Minister of Environment and Energy of Greece, Kostas Skrekas, referred to the country’s ambitious goals for the green transition as well as the important infrastructures that the country is promoting. As he said, with the completion of all the energy infrastructures being promoted, Greece will become the main energy and LNG gateway for the Balkans.

He said that each year an additional 2 GB of renewables are added to the country’s energy mix, while efforts to store renewable energy are increasing. He emphasized the importance of electrical interconnections in order to achieve balance and efficiency of the system and referred to Greece’s interconnections with Bulgaria, North Macedonia, Romania, and Italy as well as the perspective of the EuroAsia Interconnector in Cyprus and Israel.

At the same time, he referred to Greece’s ambitious program of 2 billion euros with funds from the EU for energy upgrading of buildings. He also mentioned the liquefied natural gas infrastructures that have been created in recent years or are expected to be created in Greece.

He also mentioned that energy security is an issue that requires regional cooperation and that in Greece things have slightly improved, since they started to “build the ship before the storm”. At the moment, he said, in Greece, there is only 37% dependence on Russian natural gas, 45% on LNG mainly from the US, and the rest is supplied by Azerbaijan.

The Minister of Energy of Cyprus, Natasa Pileidou, referred to the importance of exploiting natural gas discoveries in the Cypriot EEZ both for the benefit of Cyprus and to help the energy supply of the EU. She noted that for this purpose, on Thursday she had very constructive meetings with the European Energy Commissioner, while also noting the role that the EMGF can play, creating the appropriate synergies to this end.

Jordan’s Minister of Energy and Mineral Resources, Saleh Al-Karabsheh, said that in Jordan there has always been an effort to increase domestic energy sources, with RES currently contributing 29% to the energy mix with a target to increase to 50%.

At the same time, he said that Jordan is trying to double connections with neighboring countries and also to create a network with Europe.

At 19:00 the opening ceremony of construction works of the EuroAsia Interconnector project for the Cyprus-Crete section will be held at the Presidential Palace.

It is a Project of Common Interest (PCI) of the European Union and concerns the electrical interconnection of the transmission systems of Cyprus, Greece, and Israel. It consists of direct current (DC) subsea cables and HVDC onshore conversion stations at each connection point and has a total capacity of 1000 MW in the first phase and 2000 MW in the second phase, with a total length of 898 km and a maximum subsea depth of 3000m.

The total cost of the Cyprus – Greece – Israel interconnection amounts to €2.5 billion, of which €1,575 pertains to Cyprus – Crete and the remaining ~ €1 billion to Cyprus – Israel. It is estimated that in addition to ending the energy isolation for Cyprus, it will highlight the importance of the tripartite Cyprus-Greece-Israel cooperation. 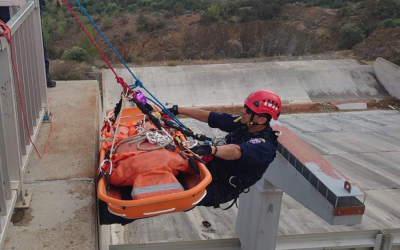 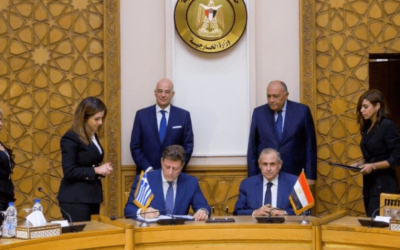