ARMAMENTS
ELMON | ‘Made in Greece’ proposals for personal gear and armour at EUROSATORY Exhibition – Photos
Defence Redefined
Published on 28/10/2022 at 17:33 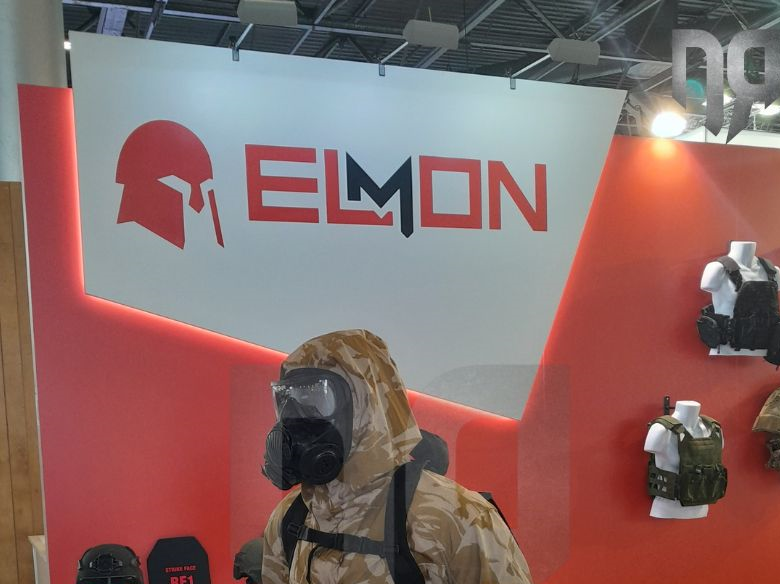 ELMON was one of the Greek companies that participated in the International Defence and security exhibition Eurosatory 2022 held in Paris last June.

The DEFENCE ReDEFiNED team had the opportunity to meet with the company’s executives and get to know more about the innovative products showcased at the exhibition.

ELMON specializes in the design and manufacture of high-end personal armour and tactical gear products. It is worth noting that the company’s name derives from the Greek word “elmon” which means helmet. 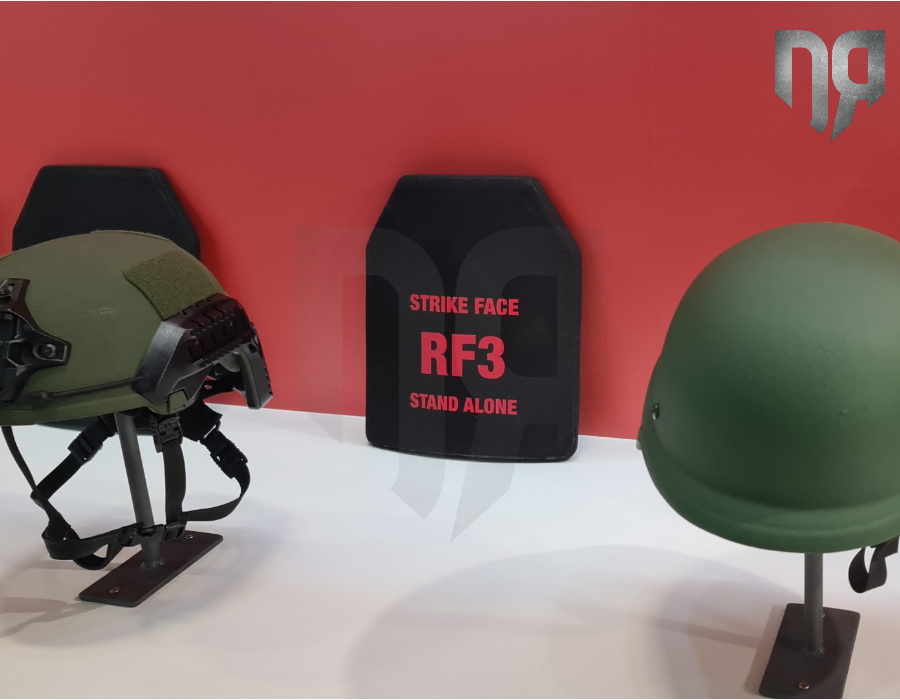 Recently, the National Guard conducted a tender for the supply of personal armour and protective equipment for the entire active force of the National Guard. According to an official announcement by the Cypriot Ministry of Defence, a government-to-government (G2G) agreement was decided with Israel, involving the israeli Source Vagabond and Marom Dolphin companies.

Nevertheless the participation of Greek companies in future tenders for the supply of personal protective equipment in Cyprus should not be considered unlikely, however, as Greek companies such as ELMON work closely with the Armed and Security Forces of various states. 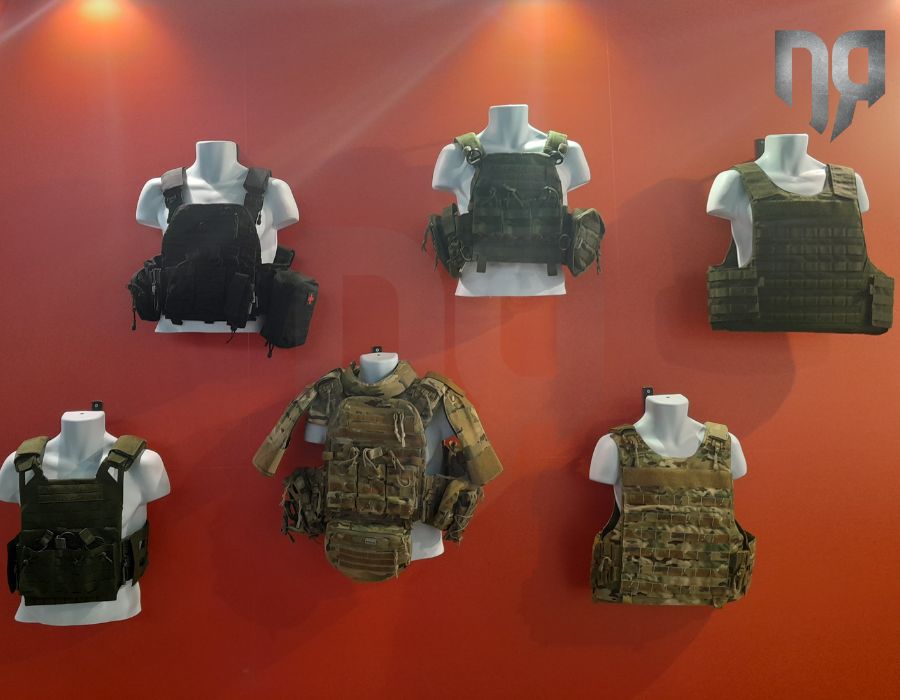 Some of the products that were displayed at Eurosatory include the plate carrier, which may support anti-ballistic 25cm x 30cm plates on the chest and back as well as 15cm x 20cm plates on the side, ergonomic pouches and the quick release system, which make ELMON equipment fully compatible with the international standards followed by the most advanced armies. 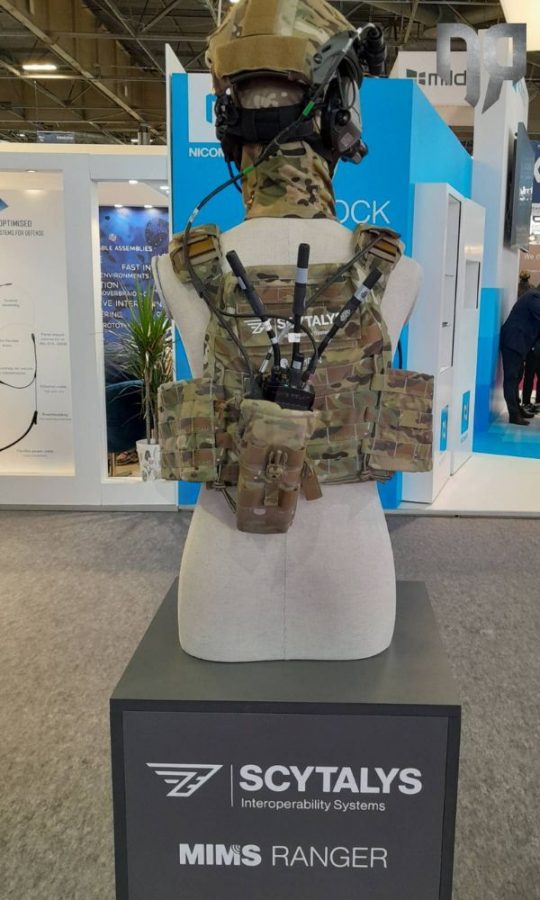 *An ELMON vest was also used by the Greek company SCYTALYS, which showcased the Information Management System for special operations units, MIMS RANGER, at Eurosatory 2022.

The same standards apply to the bulletproof vests which are already used by the Hellenic Police as well as the ballistic helmets which combine high performance and durability with the minimum possible weight. 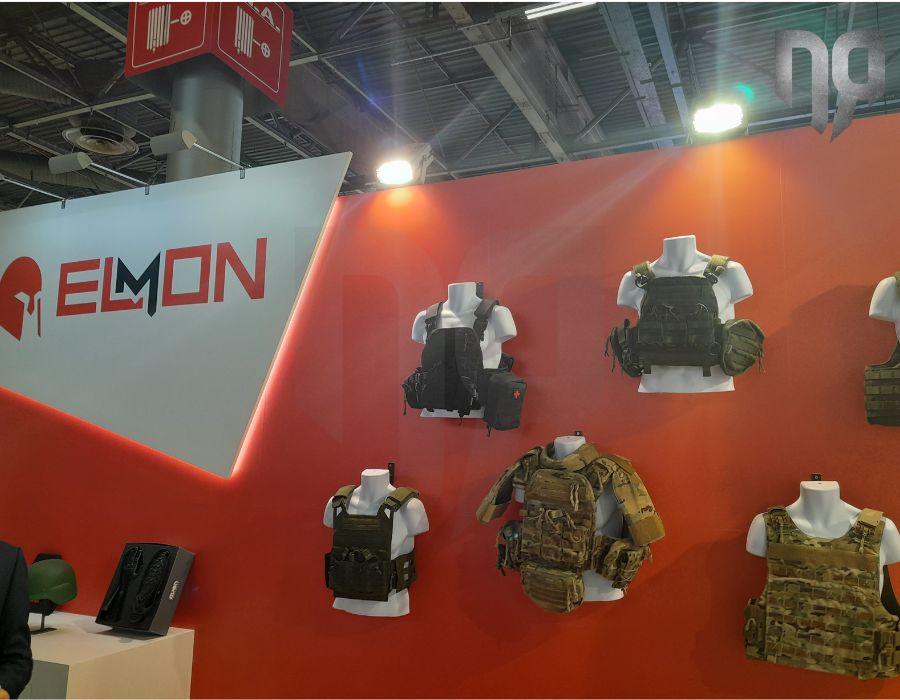 The comprehensive solution provided by ELMON in the field of protection against Radio-Biochemical (RBC) threats is indicative of the company’s constant focus on providing solutions to the various threats on the modern battlefield. The special suit which provides protection against chemical threats, is also resistant to fire and extreme temperatures. The company also offers special gloves and boots for a complete protection. Special masks with filters that provide protection and clear visibility are also part of ELMON’s family of products. 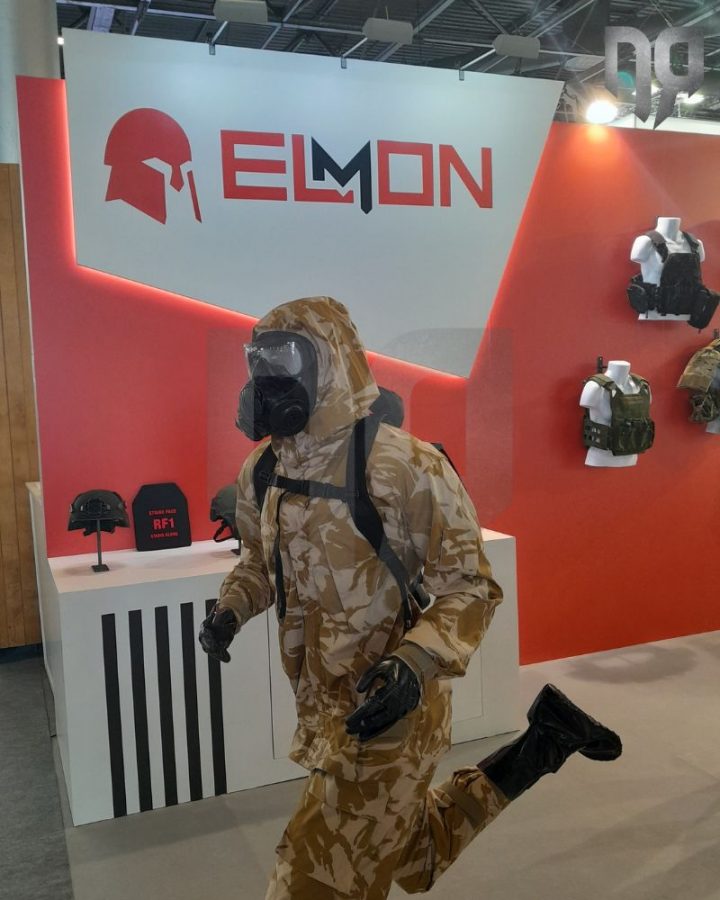