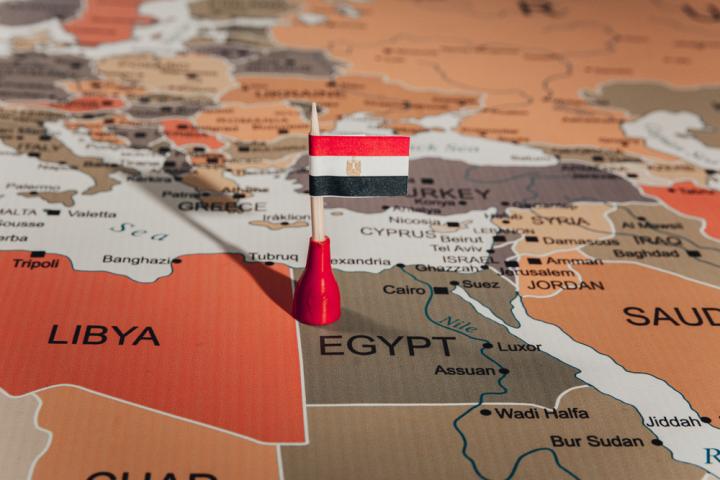 Contesting the illegal Turkish-Libyan memorandum, Egypt’s decision to proceed with a presidential decree so as to delimit the western borders of the country’s EEZ with Libya is considered an important development.

According to initial information on the geographical coordinates defined by President Sisi’s decree, the delimitation follows the line in the Greek-Egyptian agreement to the north.

In fact, the delimitation stops even further south, on the middle line between Crete and Egypt, effectively canceling the provisions of the illegal Turkish-Libyan memorandum. 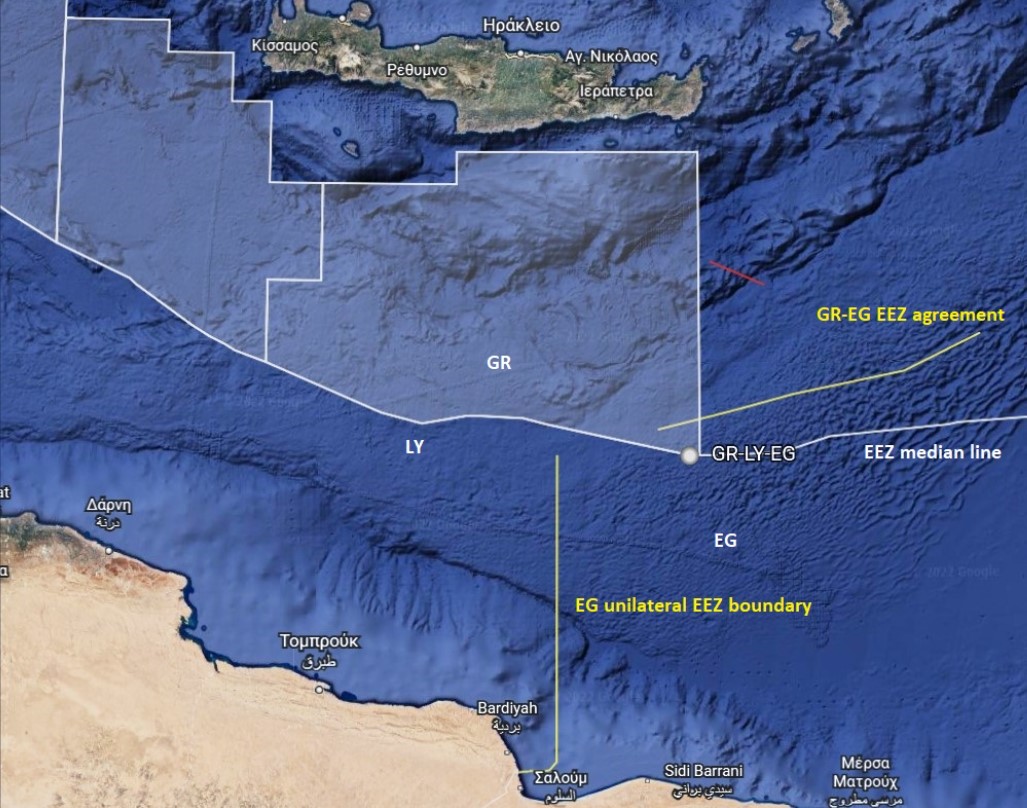 The development essentially forces the transitional government of Tripoli into substantive negotiations, as the unilateral definition of the EEZ by Egypt effectively leaves a tri-national point between Greece, Egypt, and Libya in the north to be further determined based, of course, on the provisions of International Law and UNCLOS and not Ankara’s fantasies.

In a telegram from the Egyptian state news agency entitled “Presidential Decree on the Delimitation of Egypt’s Maritime Borders in the Mediterranean Sea”, it is stated:

“President Abdel Fattah El-Sisi issued Decree 595 of 2022 on the delimitation of the maritime borders of the Arab Republic of Egypt in the Mediterranean.

The issued decision specified that the territorial waters of the Arab Republic of Egypt start from the Egyptian-Libyan land border point 1 for a distance of 12 nautical miles to point 8, and then the western sea border line of the Arab Republic of Egypt starts from point 8 northwards, parallel to the meridian 25 east, to point 9, the coordinates of which are shown in the attached table according to the geodetic datum WGS84.

The decision was published in the Government Gazette.”

Pending the publication and maps of the unilateral declaration of the western external limits of the Egyptian EEZ in the Government Gazette, this move by Cairo will be a second substantial blow to the Turkish-Libyan Memorandum, as it turns towards the weakest link, the Libyan side.

In particular, the fact that Egypt is moving in accordance with the Hellenic-Egyptian EEZ Delimitation Agreement (2020) forces Libya to either react or be forced into talks on a basis that Turkey disputes.

Athens has invited Tripoli to talks on the delimitation of maritime zones with Foreign Minister N. Dendias, who is in full coordination with Cairo and has stated that Greece will negotiate with the government to be elected which will have the authority to engage in this kind of negotiation.

At the same time, Greece issued a new Navtex with a total area of ​​7,100 sq km for the Sanco Swift research vessel in the concessioned plots south and southwest of Crete. The interesting aspect is the emphasis on research throughout the area of ​​Greek maritime jurisdiction based on the middle line and by extension with the full influence of the island of Gavdos. 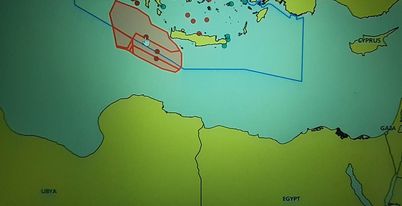 The achievement of the goal of full influence of Gavdos in the formation of the Libyan EEZ, as soon as negotiations begin with the new Libyan government, will be of decisive importance for the influence of the Kastellorizo ​​island complex and the unification of the EEZ of Greece and Cyprus.