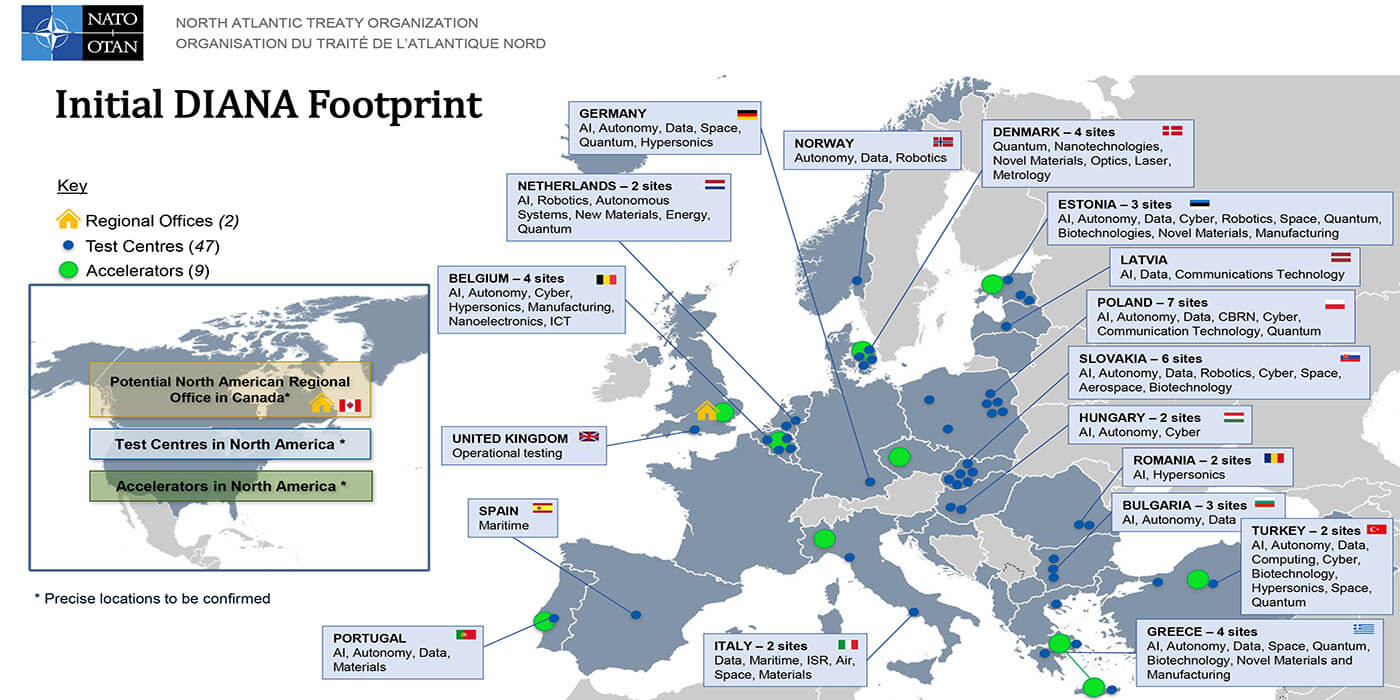 On April 7, NATO member-states adopted an initiative to maximize the Alliance’s technological advantage.

The initiative focuses on an innovative research program, which NATO believes will help maintain the Alliance’s technological advantage.

In particular, Allied Foreign Ministers approved the Charter of the Defence Innovation Accelerator for the North Atlantic – or DIANA. “Working with the private sector and academia, Allies will ensure that we can harness the best of new technology for transatlantic security,” said NATO Secretary-General, Jens Stoltenberg.

The DIANA program aims to create a framework for cooperation, where defence personnel together with the Alliance’s best and brightest start-ups, scientific researchers, and technology companies solve critical defence and security challenges.

Innovators participating in the DIANA program will receive access to its network of dozens of accelerator sites and test centers across more than 20 Allies. NATO leaders agreed that DIANA would have a regional office in Europe and in North America. DIANA’s European regional office was selected from a joint Estonian-United Kingdom bid, and Canada is actively looking at hosting the North American regional office.

DIANA will concentrate on deep technologies – those emerging and disruptive technologies that NATO has identified as priorities including: artificial intelligence, big-data processing, quantum-enabled technologies, autonomy, biotechnology, novel materials, and space.

Allies have also agreed to a framework for a multinational NATO Innovation Fund. This is the world’s first multi-sovereign venture capital fund. It will invest 1 billion euros in early-stage start-ups and other deep tech funds aligned with its strategic objectives.

As shown on the map, the infrastructure design includes two centers with accelerators and four test centers for Greece.

Also read: “Archytas” | The made in Hellas UAV that can shine