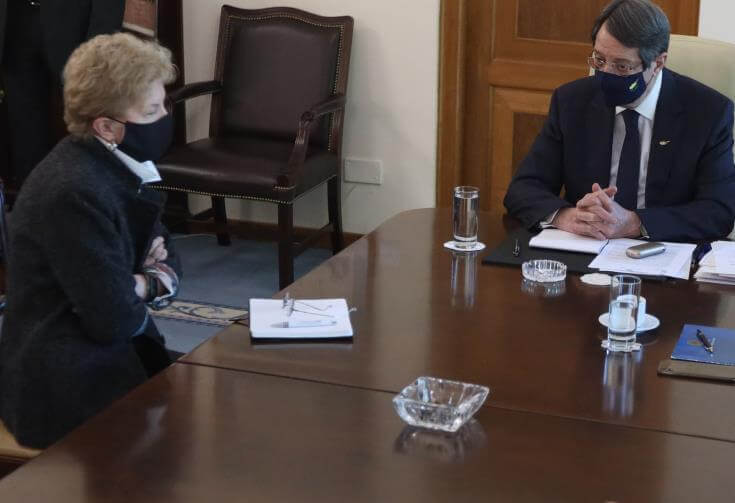 Ms. Lut has expressed her intention to visit Cyprus in late August. However, no dates have been set for this visit yet. Ms. Lut’s last visit to Cyprus took place in June. This was followed by separate bilateral meetings in Brussels of the UN Secretary-General, Antonio Guterres, with the President of the Republic of Cyprus, Nikos Anastasiadis, and the Turkish leader, Ersin Tatar.

Beyond that, President Mr. Nikos Anastasiadis will participate in the 76th Session of the United Nations General Assembly in New York in the coming September, when he will have, on the sidelines of the Assembly, a meeting with Antonio Guterres. The High-Level meetings of the General Assembly will be held at United Nations headquarters between September 21-27.

Also read: Cyprus problem | Second day in Geneva – The meetings and the first reactions of the participants