INTERNATIONAL RELATIONS
Cyprus | A step closer to cooperation with India
Defence Redefined
Published on 30/12/2022 at 16:45 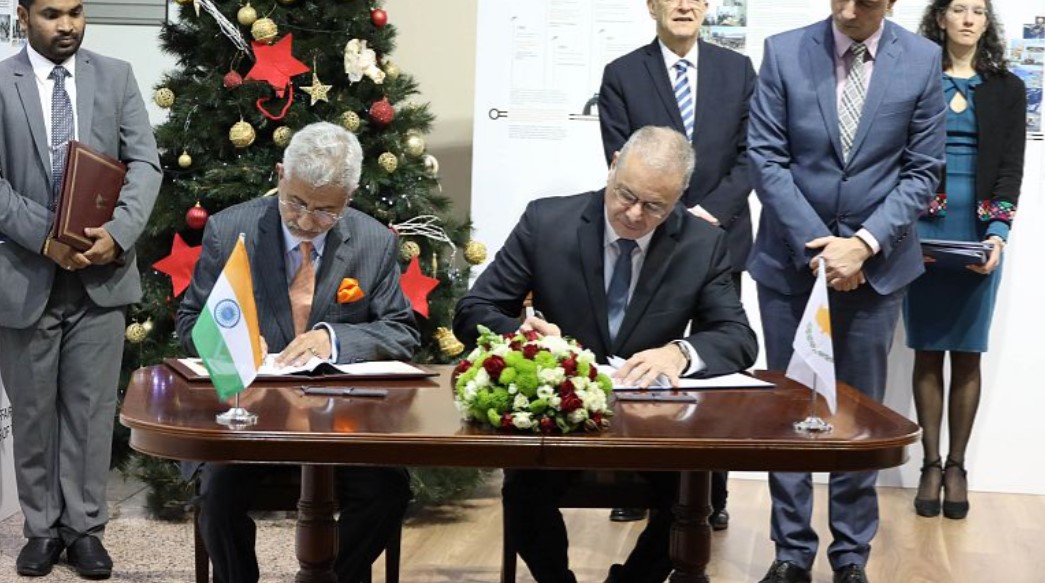 The Indian Foreign Minister described the agreements as important, expressing his country’s commitment to a bi-communal, bi-zonal federation based on UN resolutions.

Afterwards, the Minister of Foreign Affairs, Ioannis Kasoulidis, and his Indian counterpart, Dr. Subrahmanyam Jaishankar, signed a Memorandum on Defence and Military Cooperation between the two countries and a framework agreement for Cyprus’ participation in the International Solar Alliance Agreement for the energy transition.

A private meeting between Mr. Kasoulidis and Mr. Subrahmanyam was also held at the Ministry of Foreign Affairs.

Also, the Minister of Interior, Nikos Nouris, signed with the Minister of Foreign Affairs of India a declaration of intent formalizing the start of the process to sign an agreement between the two countries on migration and mobility.

According to an announcement by the Ministry of Interior, this agreement is expected to regulate not only irregular immigration and return issues, but also legal immigration as well as employment and residence opportunities for the citizens of the two countries.

The texts of the agreement have already been exchanged and are being processed by the relevant Ministries with the aim of signing the agreement within February 2023.

The Ministry of Interior expresses its satisfaction with the willingness and response of the Indian Government to regulate the serious issue of immigration on the basis of a comprehensive agreement.

Finally, Mr. Kasoulidis stated that there was an exchange of information and ideas on how Cyprus and India can contribute more effectively to promoting peace and strengthening stability in their wider regions.

In this context, the Cypriot Minister of Foreign Affairs informed the Minister about the tripartite cooperation mechanisms that Cyprus has created together with partners in the Eastern Mediterranean region in order to promote synergies and understanding to everyone’s benefit.