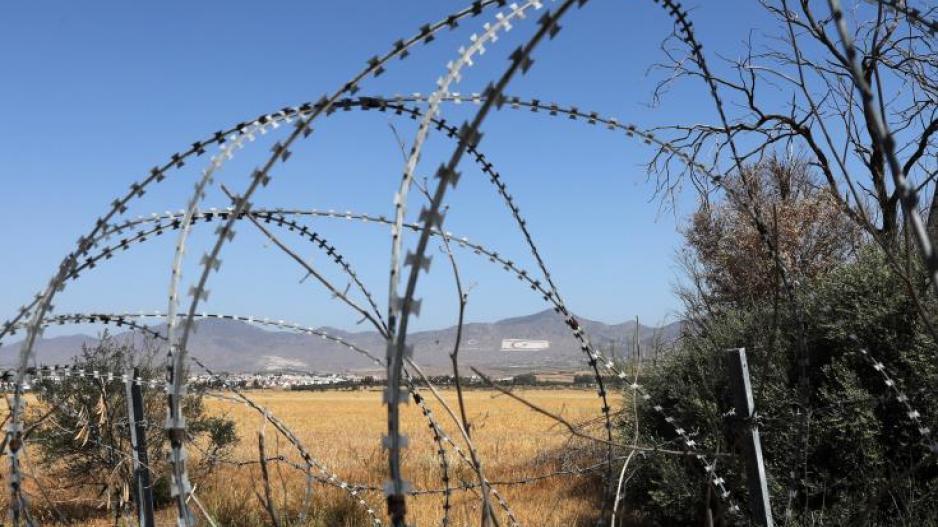 In a bill submitted to Parliament, the Ministries of Justice and Interior requested the recruitment of 300 Special Police Officers for up to a 28-month period so as to monitor the Green Line and carry out other duties related to increased immigration flows.

The bill renders the Chief of Police able to hire special police officers under expedited procedures, who will take on support duties in relation to immigration and the immediate development of a 24-hour Green Line surveillance program.

The bills aim to provide the possibility for the Police to hire contracted special police officers for the force’s immediate and timely reinforcement in the performance of auxiliary and support duties. These duties concern exclusively the ever-increasing immigration flows – and immigration issues more generally – within the competencies of the Police.

The bill entitled “The Police (Amending) Law of 2022” amends Article 5 of the fundamental law and allows the Chief of Police, with the approval of the Minister of Justice and Public Order, to hire contracted special police officers who have fulfilled their military obligations or have been legally discharged from them, for an initial period of service of eighteen (18) months. The latter may be renewed only once for a period of ten (10) months.

Also read: The agreement with Israeli SIBAT for Air Force’s training with ELBIT Systems was signed at the General Directorate for Defence Investments and Armaments (GDDIA)

The recruitment process of the contracted special police officers, the required qualifications, the duties they will perform as well as any other necessary details are provided in the Regulations entitled “Contracted Special Police Officers (Recruitment Procedure and Related Issues) Regulations of 2022”.

The contracted special police officers will perform auxiliary and support duties such as:

Interior Minister, Nikos Nouris, spoke of a state of emergency and the need to speed up recruitment procedures, saying the country could not afford to wait for time-consuming decisions.

He added that if at some point immigration flows are reduced, the state will not need to bear the salaries of these police officers. The annual salary of the latter is expected to reach 7.8 million euros, while another 1.1 million euros will be needed for their equipment and 1.2 million euros for the purchase of vehicles.

He noted that early in 2022 the Ministry of Interior managed to deport 1645 illegal immigrants out of more than 7000 who had arrived on the island. The Minister told the Committee on Legal Affairs that the problem witnessed on the Green Line gives the impression of a European country that can exercise no control, with Turkey increasing its immigration pressures.

The Ministry of Foreign Affairs stated that it also presented to the EU the methodology followed by traffickers with the presentation of 317 travel documents. As was stated, immigrants tend to depart from states of sub-Saharan Africa, arriving via Istanbul at the illegal Timbu airport. There they are given a 60-day visa and then they cross various points of the Green Line and enter the Republic.

Mr. Nouris has expressed particular concern over the situation in recent months, saying there were 7,620 asylum applications in the first four months of 2022, compared to 2,810 in the same period last year.

He also said that the Republic of Cyprus asked the European Commission to suspend the submission of asylum applications, as had been done in Greece, something that the EU did not allow.

He also noted that 92% of illegal immigrant arrivals were via the Green Line in 2022 and that in the last 12 months the immigrants’ background details have changed, as most of them are from Congo, followed by Nigeria, Syria, Pakistan, and Bangladesh compared to mainly Asian people who used to arrive on the island in the past. He also referred to the increased participation of Africans in incidents of violent conflict.

He explained that immigrants do not wish to stay in Cyprus, while they are deceived by traffickers who tell them that they are entering European territory and from there they can go wherever they want in the EU. This is not the case, however, as Cyprus is outside the Schengen area so immigrants end up restricted in the territory of the Republic of Cyprus.

Mr. Nouris also explained that, as was the case in other European countries facing similar problems, a combination of barricades, surveillance units, and cameras is needed to deal with the situation. He also stressed the importance of placing barriers so as to prevent the passage of immigrants and said that events such as the destruction of such barriers cannot be allowed. He also called on the courts to give stricter penalties to those arrested as traffickers.

Also read: Ministry of Interior | Cyprus in a state of emergency because of immigration, Commission was informed in writing

In the relevant discussion in the Legal Committee, Police Chief Stelios Papatheodorou noted the importance of the expedited recruitment of special police officers in 2-3 months’ time in order to be properly trained and assist in the surveillance of the Green Line, where, as he said, immigrant traffickers have been out of control.

However, the police unions expressed their disagreement and asked for the filling of permanent vacancies in the police to meet these needs.

The President of the Cyprus Police Association, Kyriakos Charalambous, noted the need to radically address the issue of immigration through organized planning and spoke of hasty moves. He said that there are 600 permanent vacancies to be filled in the Police, stressing that tackling the problem on the Green Line is a very delicate issue and that a contracted officer with a 28-month recruitment period is not expected to show the same interest in the matter.

Similarly, a representative of ASDYK stated that the Government acted hastily and permanent staff should be hired for these needs.

On behalf of the Equality Police Force Division, Nikos Loizidis spoke about a ‘cloak’ for the 300 contracted officers to join the Police, while he said that there are 300 special police officers who were hired after 2002 and can take on these duties following a 1.5-month training period.

Also read:  Barriers across the Green Line to deal with illegal immigrant crossings