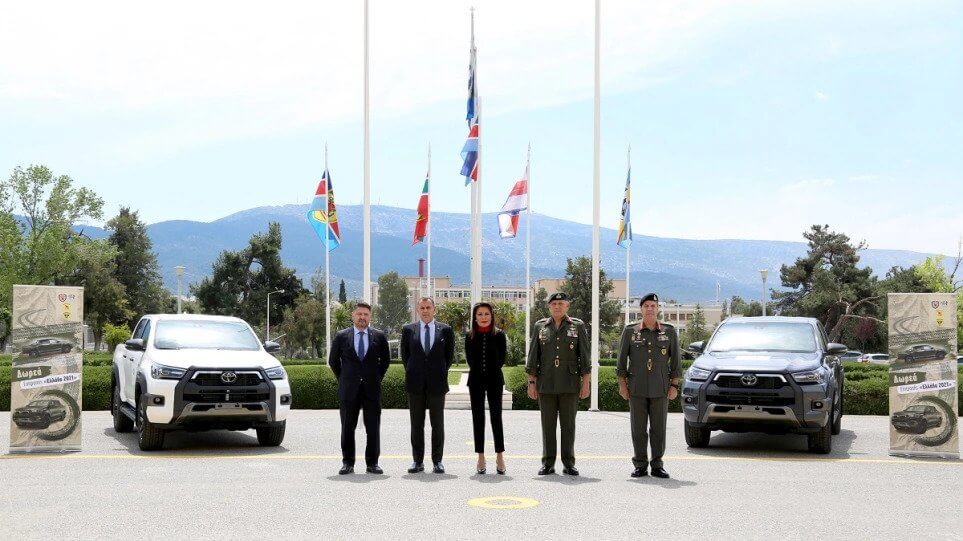 The Commission “Greece 2021” proceeded to donate 20 modern personnel carrier vehicles to the border guards in the area of ​​Evros. 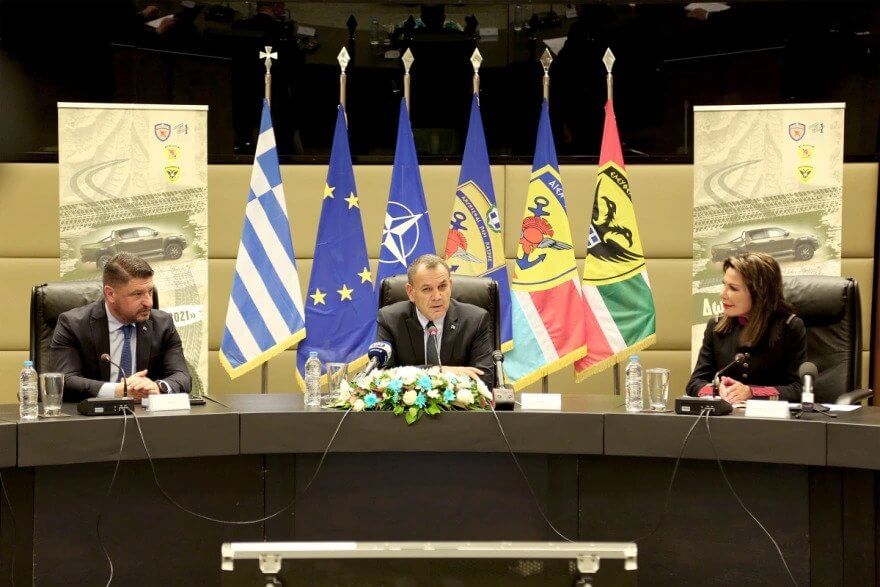 “We are here to strengthen the Armed Forces in their social work,” stressed in her short greeting Mrs. Gianna Angelopoulou-Daskalak, adding: “For the Armed Forces not only have the responsibility of defence, they also perform important social work. You contribute daily to dozens of small and large “fronts”, in military terms, on the side of the people. The donation of 20 vehicles, worth 840 thousand euros, to the Hellenic Army General Staff, fulfils the fundamental principle of the Commission regarding actions with a social footprint, long-lasting actions.”

“I can only say thank you for the kind offer, your donation will significantly increase the transport capacity of the Hellenic Army, so that it responds effectively to its mission,” said, among others, the Minister of National Defence, Nikos Panagiotopoulos, referring to Mrs. G. Angelopoulou-Daskalaki as a “friend of the Armed Forces”. 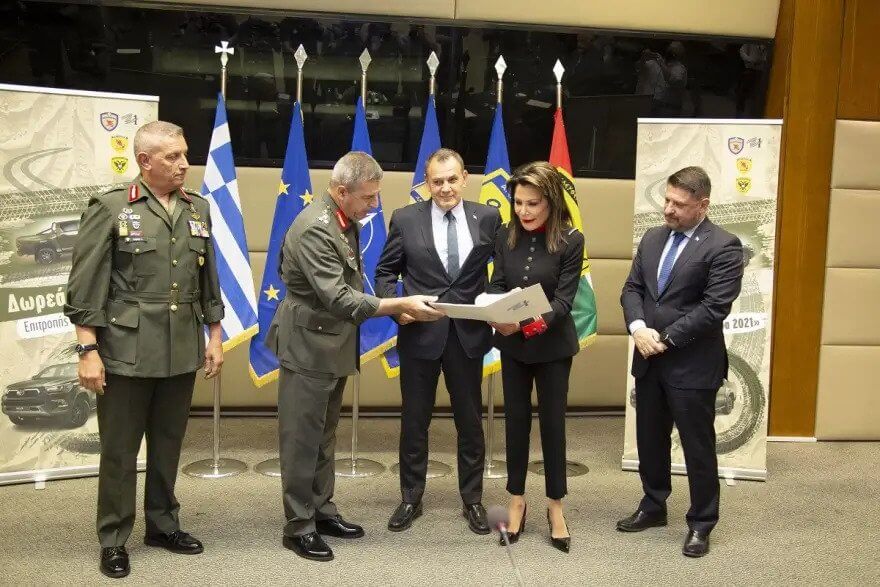 For his part, the Chief of the Hellenic National Defence General Staff, General Konstantinos Floros, noted that the donation strengthens and upgrades the wheeled equipment, increasing the capability of the Armed Forces to perform various roles in their mission, so that the society has multiple benefits.

“I assure you that they will be used in the best possible way in the border surveillance, they will say thank you every day,” said Lieutenant General Charalambos Lalousis, Chief of the Hellenic Army General Staff, with the chairman of the “Greece 2021” Commission stating that “when they are ready we will go up to Evros together”.

The ceremony, which took place in the “Kapodistrias” Hall at the Ministry of National Defence, was also attended by the General Coordinator of the Committee, Marton Simicek, the members of the Executive Council, Kostis Kontogiannis and Theodoros Papapetropoulos, and high-rank Officers of the Armed Forces.