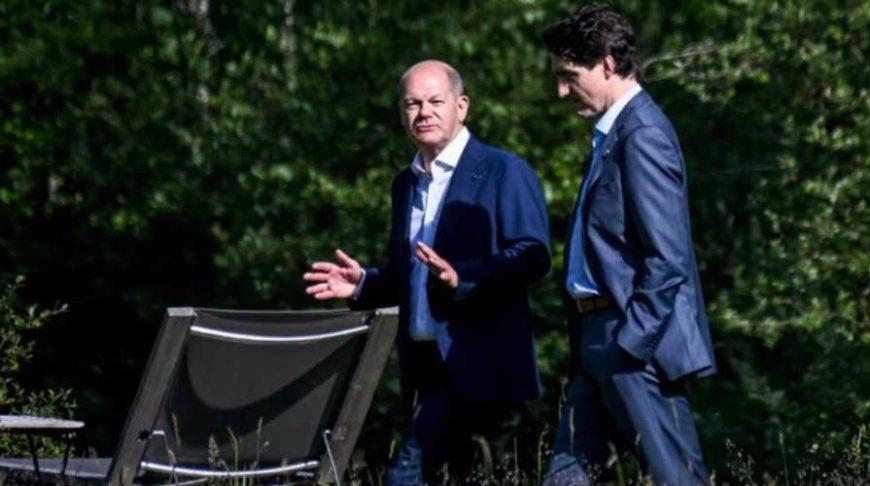 On Tuesday, the Governments of Canada and Germany signed a cooperation agreement on the production and transport of renewable (or green) hydrogen. The said agreement was signed during the second day of the visit of German Chancellor, Olaf Scholz, to Canada.

In his speech, Trudeau spoke of a historic step towards their common future, saying that their goal is clear, that is, to work towards the first exports of Canadian hydrogen to Germany by 2025, as the benefits are also clear: creating jobs for the middle class and local development, while providing clean energy that will contribute to the fight against climate change.

For his part, the German chancellor stated that the agreement will upgrade the cooperation between the two countries to a more “strategic level”. Olaf Scholz, who was accompanied by Vice-Chancellor Hambeck and a large delegation of German businesses and industries, called the agreement an important step not only for strengthening bilateral economic relations, but also for a sustainable energy supply in the future.

Newfoundland in Canada is considered a favorable location for renewable hydrogen production, as it is often windy and sparsely populated.

Pure (renewable or green) hydrogen is produced through the electrolysis of water and the use of electricity from renewable sources and emits no greenhouse gases during its production.

Also read: Spain | Prime Minister in favor of building a pipeline to connect the Iberian Peninsula with central Europe

Currently, the cost of producing renewable hydrogen is higher compared to buying natural gas, but experts believe that green hydrogen can reduce energy bills in the medium term.

German energy companies Eon and Uniper announced Tuesday that they signed a memorandum of understanding with Canada’s Everwind on the sidelines of German-Canadian talks aimed at importing renewable hydrogen from Canada on a large scale starting in 2025.

At the same time, the companies are seeking to reach an agreement to purchase up to 500,000 tonnes of ammonia – the chemical substance used in hydrogen transport – annually.

A green hydrogen and ammonia production facility is to be built in the village of Point Tupper in the Canadian province of Nova Scotia. According to Eon, it is at an advanced stage of development, and commercial operation is expected to begin in early 2025.

Furthermore, on Tuesday, German automaker Mercedes-Benz signed a memorandum of understanding with the Canadian government to promote cooperation and economic supply chain opportunities for electric vehicles in Canada.