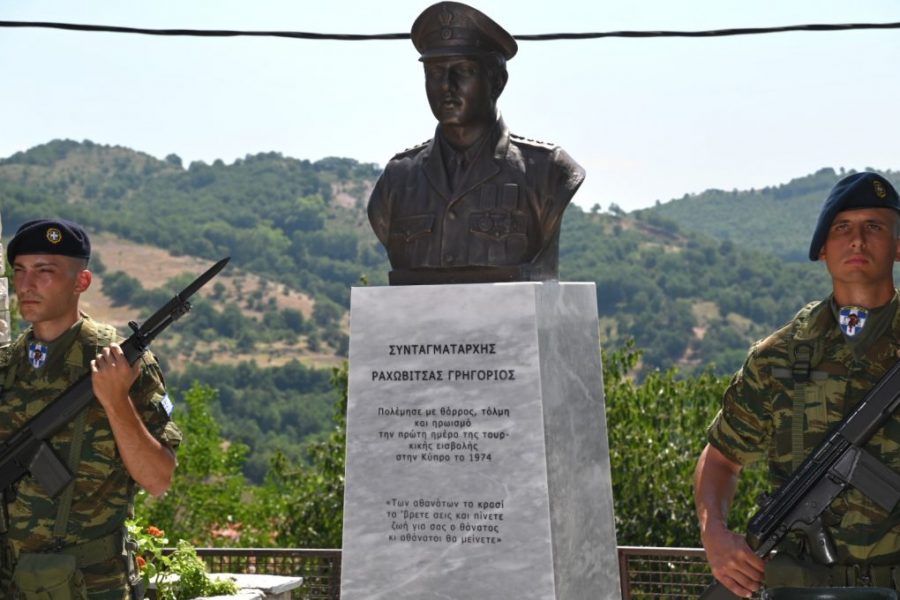 The bust unveiling ceremony of the ELDYK hero Colonel Grigorios Rachovitsas, who has been missing since 1974 after his participation in the military operations of Cyprus during the Turkish invasion, has been held.

On Sunday, July 3, 2022, the bust of Colonel Grigorios Rachovitsas was unveiled by the Deputy Minister of National Defence, Mr. Nikolaos Hardalias, together with the Hero’s two brothers, Georgios and Dimitrios Rachovitsas, in a ceremony organized by the Municipality of Mouzaki in the Local Community of Agios Akakios. At the event, the Government was represented by the Minister of Justice, Mr. Konstantinos Tsiaras. 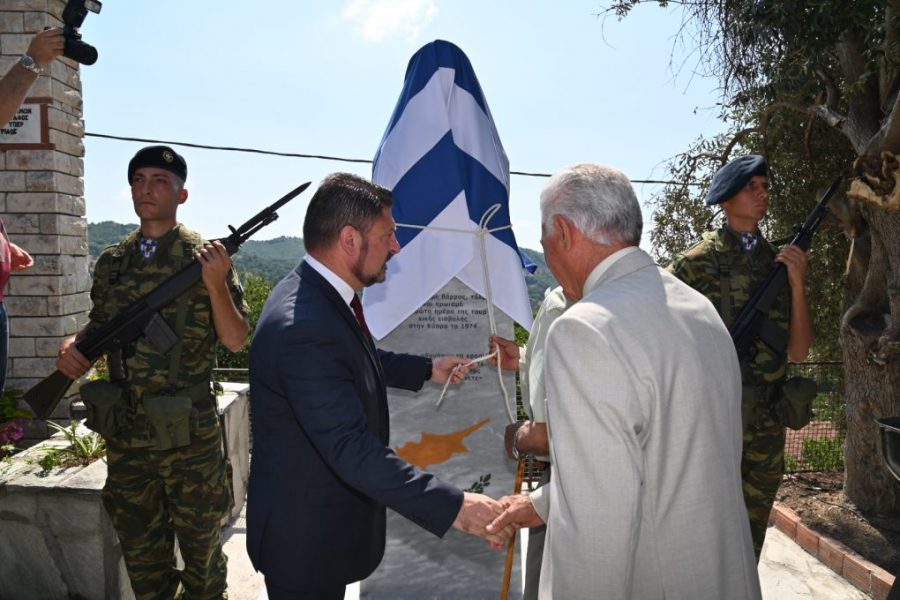 Colonel Grigorios Rachovitsas, who served in a Unit of the Hellenic Force in Cyprus (ELDYK), has been missing since July 20, 1974, while he participated in military operations during the Turkish invasion, in the area of the village of “BABYLA KYRENIA” in Cyprus, fighting against the Turkish invaders. 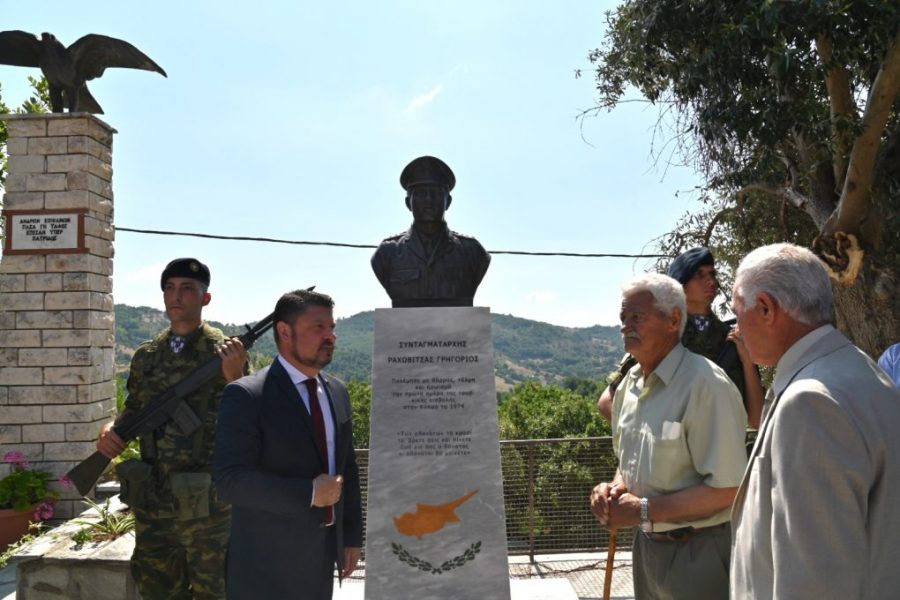 The event of honor and commemoration was attended by the Hero’s family, the deputies of Karditsa, Messrs. Georgios Kotsos and Asimina Skondra, the Ambassador of the Republic of Cyprus to Greece, Mr. Kyriakos Kenevezos, the Deputy Regional Governor of Karditsa, Mr. Konstantinos Noussios, the Mayor of Mouzaki, Mr. Theofanis Stathis, the Chief of Tactical Air Force, Air Marshal George Fasoulas, the President of the Local Community of Agios Akakios, Mr. Lambros Athanasiou, the Commanders of the local Security Forces Services as well as delegations of officers of the Armed and Security Forces. 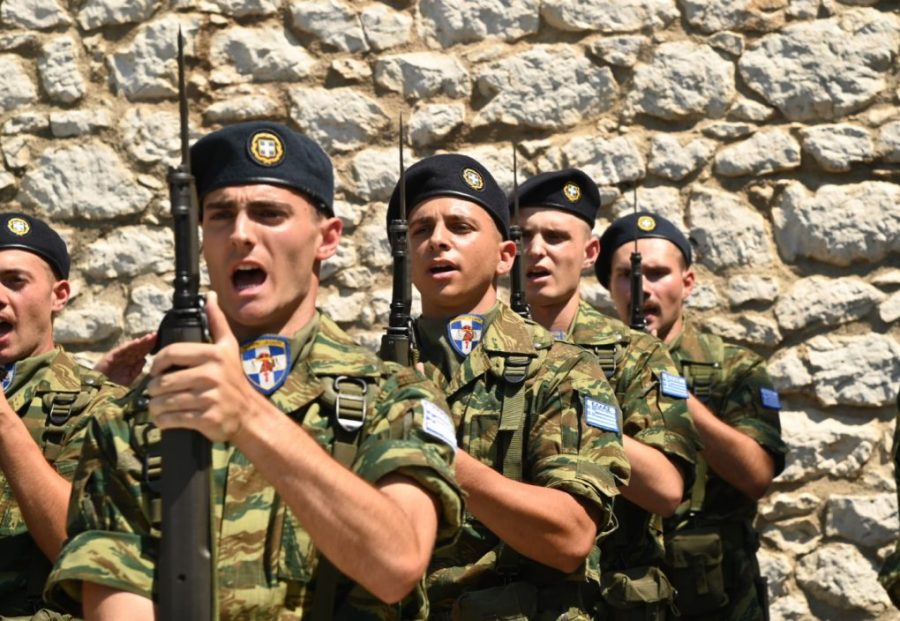 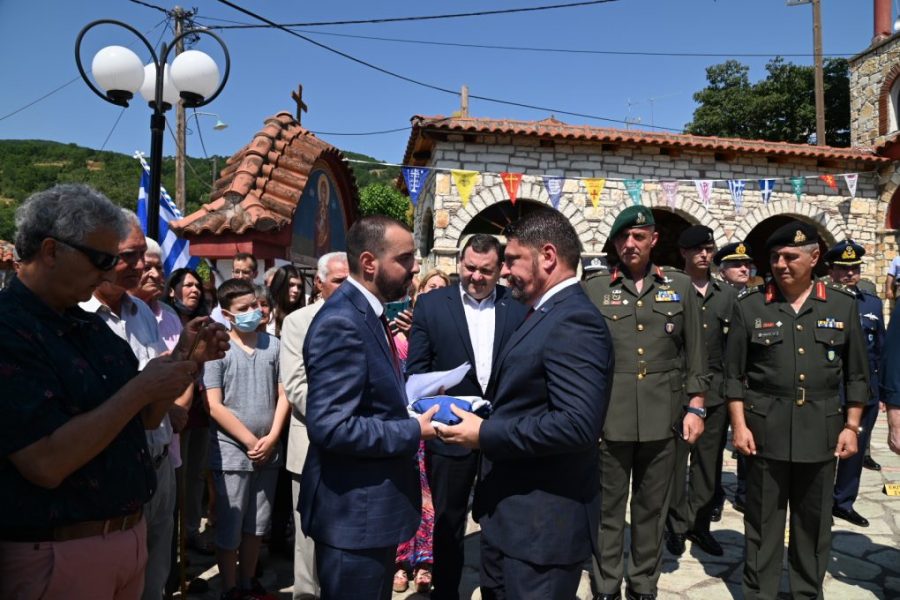 With information from: Hellenic Ministry of National Defence