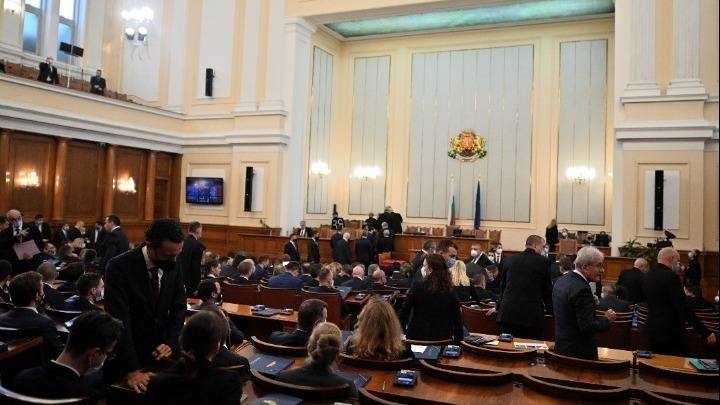 The Bulgarian Parliament today approved lifting the veto on the opening of the accession negotiations between Skopje and the European Union, paving the way for the end of the stalemate and the start of talks.

“The decision was adopted with 170 votes in favor, 37 against, and 21 abstentions,” said Atana Atanasov, the deputy speaker of Parliament, at the end of the voting process. The decision must now be ratified by the outgoing government of pro-European Kiril Petkov, who said he would act quickly yesterday.

According to APA MPA, Skopje’s EU accession has been blocked since 2005. Greece had initially vetoed it until 2018 and then Sofia blocked the process in 2020 amid long-standing historical and cultural conflicts.

Bulgaria was, however, the first country to recognize its neighbor’s independence during the break-up of the former Yugoslavia in 1992, but relations have since soured. As a result of this dispute, negotiations with Albania have also stalled, as the EU has linked the two candidacies.

Today’s vote in the Bulgarian Parliament was made possible by the conversion of two Bulgarian opposition parties, including that of former Prime Minister Boyko Borisov, into a French-mediated framework that holds the rotating presidency of the European Union this semester.

According to the compromise currently on the table, Skopje must mainly commit to amending the country’s Constitution to include Bulgarians in the recognized national groups and to implement a 2017 friendship treaty, which aims to eliminate hate speech.

Leaders of these countries expressed their dissatisfaction yesterday, Thursday, and denounced the lack of credibility of the EU after the 27-member summit in Brussels. The war in Ukraine has once again raised the issue of EU enlargement in the Balkans, while western pressure on Sofia to lift its opposition has increased.

There are still many differences, however, and MPs warned today that new obstacles could not be ruled out if the talks are stalled.

According to the text adopted today, “nothing in the EU accession process can be interpreted as Bulgaria’s recognition of the Macedonian language,” which Sofia considers a Bulgarian dialect.

According to Agence France-Presse, Skopje also remains to be convinced: Prime Minister Dimitar Kovacevski said yesterday, Thursday, that this compromise proposal is unacceptable “in its current form”.

Also read: Israel | Citizens to elect for the fifth time in three years