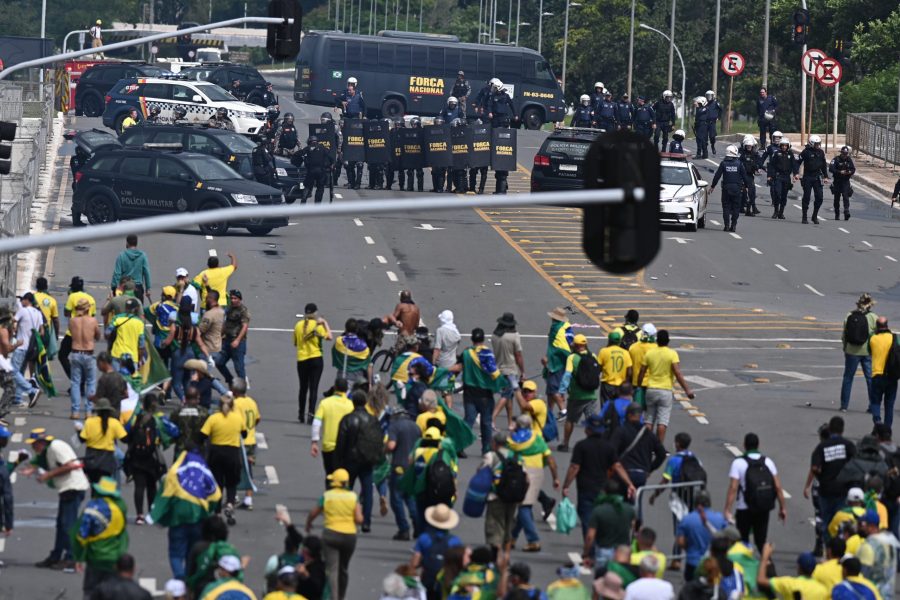 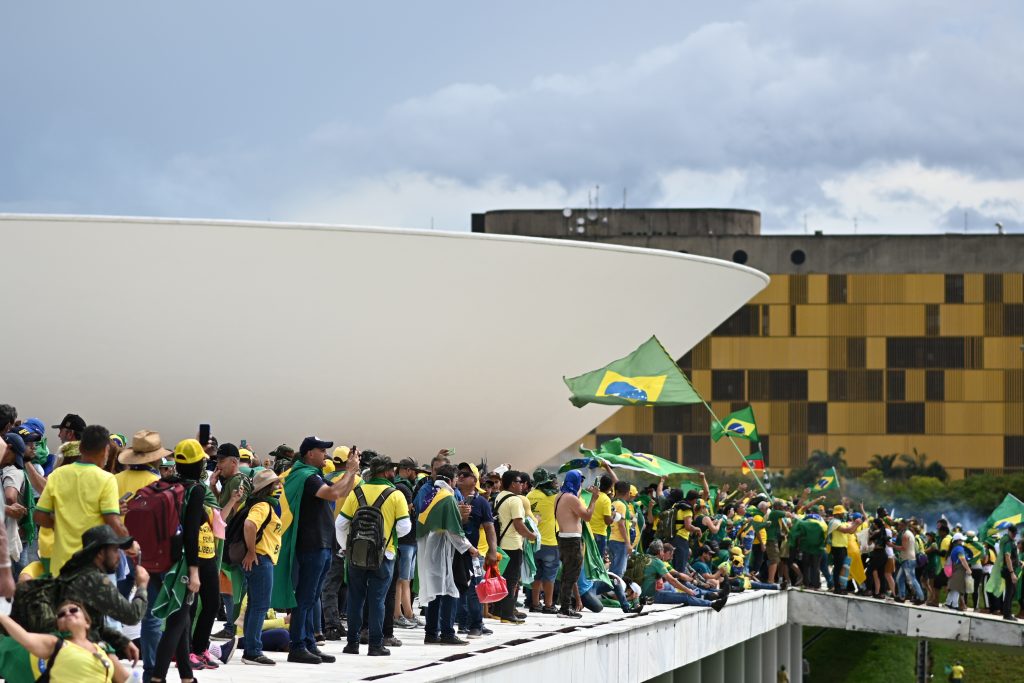 Dramatic footage, reminiscent of the storming of the US Capitol two years ago, shows a crowd of protesters, dressed in yellow and green T-shirts, occupying Congress, the Supreme Court and various departments while surrounding the Presidential Palace. A few thousand people stormed the Supreme Court and Congress and were seen smashing furniture. Videos depict damaged offices of parliamentarians and protesters standing on Senate benches.

Using tear gas, the police in Brasilia tried to push back hundreds of supporters of former Brazilian President, Jair Bolsonaro, who flooded the area around Congress and scaled the building. The zone around the Congress was cordoned off by heavy police presence. However, Bolsonaro’s supporters, who refuse to accept Lula’s election to the presidency, managed to break the cordon. Dozens of them climbed the ramp of the building and climbed up to the roof. 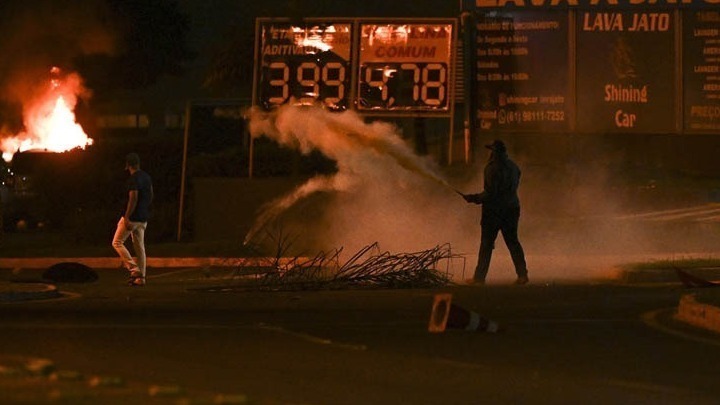 Brazilian President, Luiz Inacio Lula da Silva, tonight condemned the invasion of government buildings in Brasilia by what he called “fascist vandals” and declared a “federal intervention” in the capital until January 31 so that security forces could retake control of the city and restore order. President Lula said that they would be punished, while he emphasized that what happened was brutal.

The attack was also condemned by the former President of Brazil, Zach Bolsonaro, from the USA where he is.

US President, Joe Biden, expressed himself in one word when asked by journalists about the events in Brasilia: he called the violence of the Bolsonaros “outrageous” during his visit to Texas (south), a few hours before leaving for Mexico. 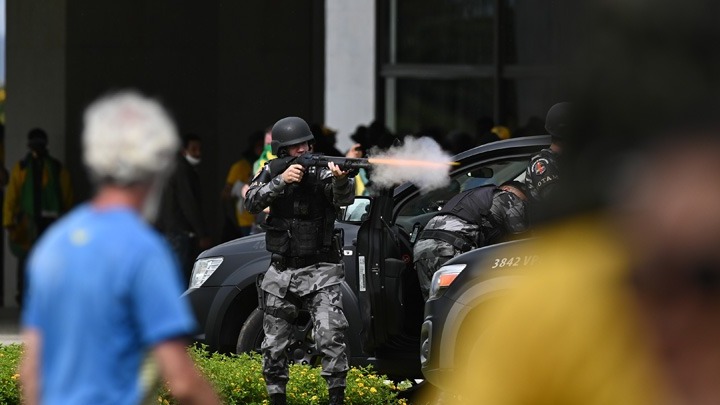 The Secretary General of the Organization of American States (OAS), Luis Almagro, condemned the attack on the institutions in Brazil, which is a direct attack on democracy. These actions are inexcusable and have a fascist nature, he noted.

European Council President, Charles Michel, tweeted his absolute condemnation of the attack and “full support for President Lula da Silva, democratically elected by millions of Brazilians in fair and free elections” in October.