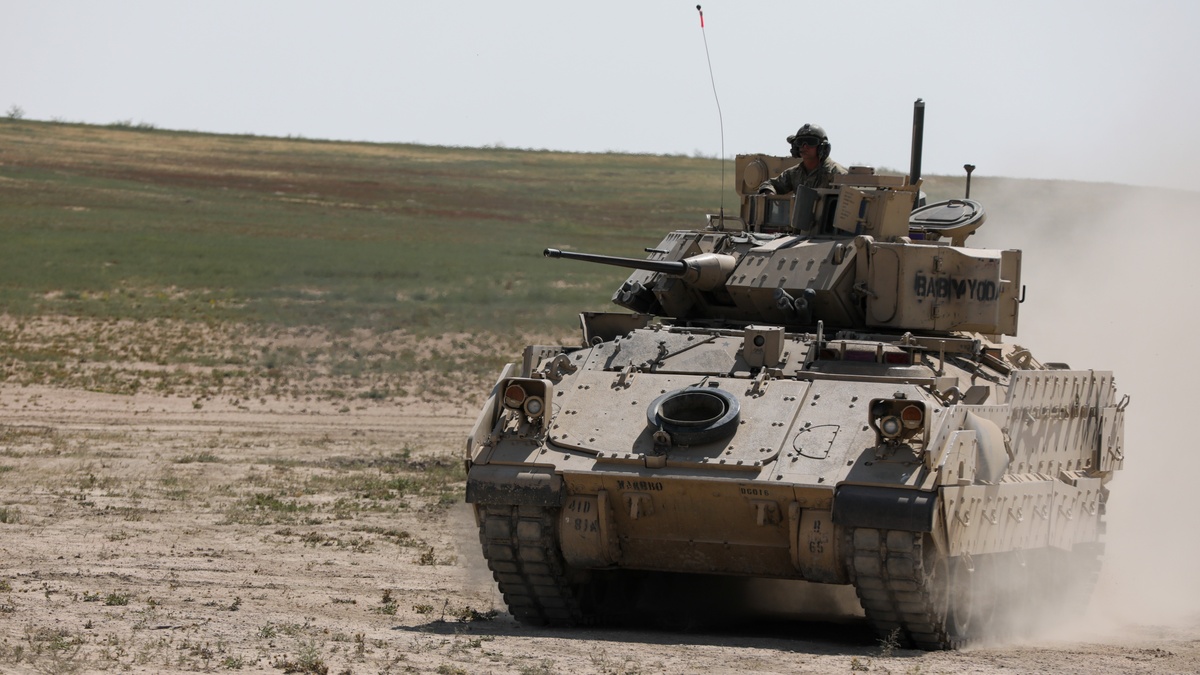 When asked if sending Infantry Fighting Vehicles (IFVs) to Ukraine is on the table, US President, Joe Biden, answered positively, fueling the reports about the Bradley mission in Ukraine.

In particular, the new US defence aid package to Ukraine, which will be announced on Friday, amounts to 2.66 billion euros and, as reported by international media, it will include the supply of 50 Bradley IFVs to Kiev.

For about two years now, the US Army has been running the replacement program for Bradleys that have been in active service for almost four decades. It has selected 5 companies to create prototypes for the future IFV, including the partnership of US Oshkosh with the South Korean Hanwha, BAE Systems, General Dynamics Land Systems, Point Blank Enterprises and American Rheinmetall Vehicles.

The Hellenic Army also expressed interest in the acquisition of the Bradley, where according to reports in the Greek and foreign press, in addition to the supply of the M1117, the procurement of 350 M2A2 Bradleys was also raised.

Also Read: IFV Bradley’s replacement for the US Army丨Candidates