INTERNATIONAL RELATIONS
Blinken – Cavusoglu | Joint statement and references to the Eastern Mediterranean and the F-16s
Defence Redefined
Published on 19/01/2023 at 09:30 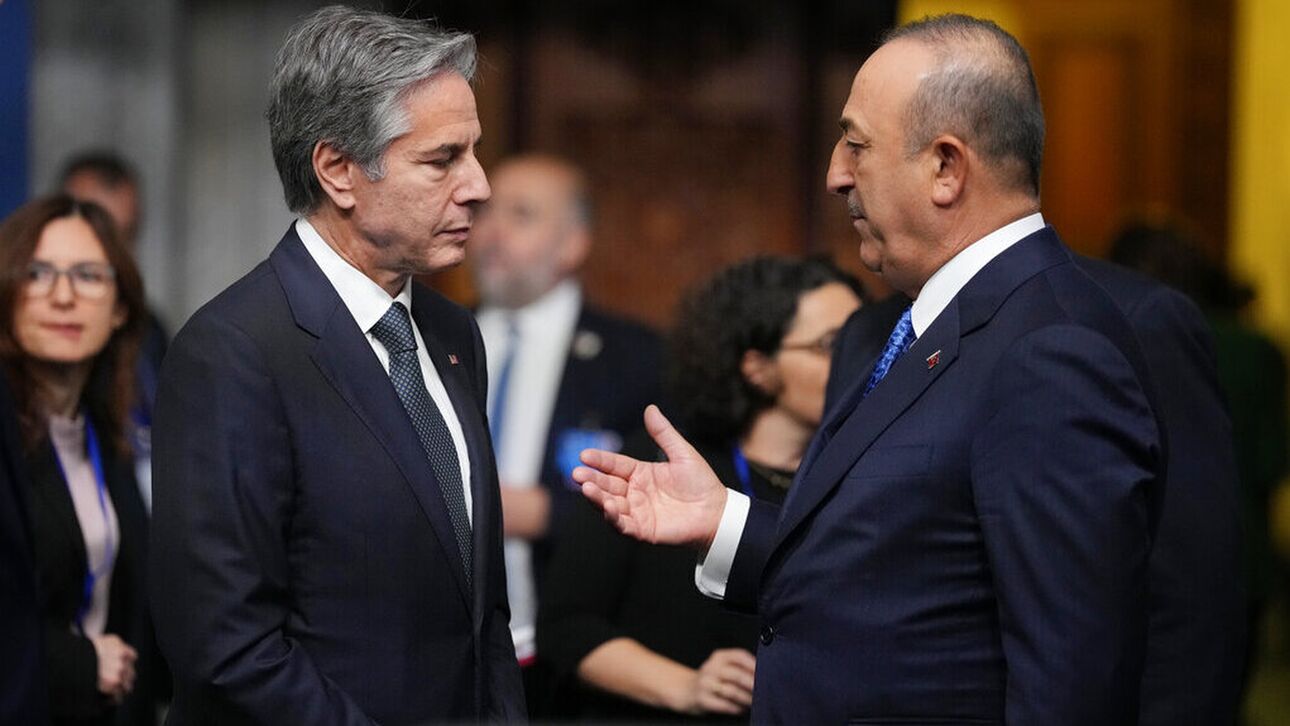 US Secretary of State, Anthony Blinken, and his Turkish counterpart, Mevlut Cavusoglu, made a joint statement highlighting the importance of stability in the Eastern Mediterranean and of maintaining diplomatic channels of communication after their meeting on the US-Turkey Strategic Mechanism at the State Department.

Under Secretary of State for Political Affairs, Victoria Nuland, also met with Turkish Deputy Minister of Foreign Affairs, Sedat Onal, under the auspices of the Strategic Mechanism. The two sides held an extensive dialogue in a wide range of areas of bilateral cooperation and emphasized the importance of their partnership as NATO allies.

Ministers Blinken and Çavuşoğlu built on the partnership and interagency discussions held by senior officials from the US State Department and the Turkish Foreign Ministry on January 17, 2023, in Washington.

Both Ministers underlined their strong support for Ukraine’s sovereignty and territorial integrity against Russia’s unacceptable war and reaffirmed their support for finding a solution to end the war. The US thanked Turkey for its role in brokering the Black Sea Grain Initiative.

The two Ministers decided to increase coordination and cooperation to promote peace in the South Caucasus.

Furthermore, Ministers Blinken and Cavusoglu discussed ways to strengthen NATO coordination and solidarity in the face of current threats and challenges. They reaffirmed their longstanding commitment to collective defence as allies as well as to NATO’s open doors policy. They discussed the implementation of the tripartite memorandum signed by Finland, Sweden, and Turkey to promote the application of Finland and Sweden to join the NATO alliance.

In addition, they discussed the situation in the Eastern Mediterranean and agreed on the importance of maintaining stability and communication channels.

They both reiterated the need to fight terrorism in all its forms and manifestations. In this context, the US and Turkey plan to hold counterterrorism consultations as part of the Strategic Mechanism, building on pre-existing cooperation through law enforcement and intelligence sharing.

Also read: Sweden | “Turkey is asking too much over NATO application”

The Minister once again condemned November 13, 2022, terrorist attack in Constantinople and confirmed that the United States stands by Turkey in its fight against terrorism. Both sides plan to maintain close coordination and cooperation in efforts to combat terrorist organizations, especially the Islamic State and the PKK.

They discussed all aspects of the Syrian crisis and reiterated the commitment of the United States and Turkey to a political process in accordance with UN Security Council Resolution 2254. They welcomed the recent UN Security Council vote to extend the cross-border delivery of humanitarian aid to Syria.

The two sides also discussed broader issues in the Middle East and Africa, including the need to build regional stability and connectivity through increased economic and security cooperation.

Minister Blinken and Minister Cavusoglu appreciated the continued development of US-Turkey bilateral trade relations. They reaffirmed the importance of economic cooperation and leveraging existing bilateral forums to support regional and global economic opportunities. Both sides agreed to a climate and energy dialogue to promote energy security and the transition to a cleaner energy future.