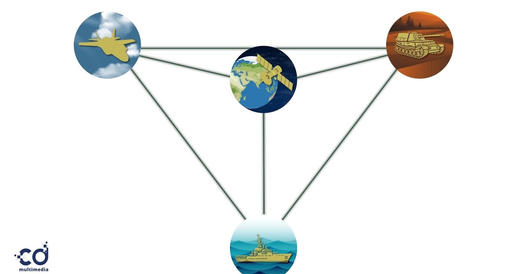 The conference will take place in Limassol, between January 23 and 24, 2023 with wide participation of both companies and personalities from the Defence and Security sectors.

The Conference will be opened by the Director of the organizing company CD Multimedia Services, while greetings will follow from the President of the Cyprus Association of Research and Innovation Enterprises (CARIE), Dr. Tassos Kounoudis, the President of the competent Committee of the Parliament for Defence, Dr. Marinos Sizopoulos, the Chief of the National Guard, Lieutenant General Dimokritos Zervakis, and the representative of the Cyprus Chamber of Commerce and Industry, Mr. Andreas Andreou.

The first day of the Conference is divided into two sessions.

The first session entitled “The emerging Cypriot Defence Industry – EU Funding Opportunities” will be dedicated to the possibilities of developing a strong Defence, Security, and Space industrial base in Cyprus, utilizing the industrial aspects of the European Defence Cooperation and the financial tools of the EU.

Representatives from the Ministry of Defence, the Cyprus Association of Research and Innovation Enterprises, the Directorate-General for Defence Industry and Space of the European Commission (DG-DEFIS), the European Defence Agency (EDA), the French association GICAN, the Hellenic Aerospace Security & Defence Industries Group (HASDIG) as well as representatives from companies in the Defence Sector will attend this session.

Furthermore, during the first session, the signing of the memorandum of understanding between CARIE and HASDIG will take place in the presence of the Greek ambassador and the Minister of Defence.

This will be followed by the second session entitled “Multi-Domain and Network Centric Operations – Trends and Solutions”. The session will be enriched with speeches and presentations by officials of distinguished companies of the domestic and European defence industry, namely MBDA, Arquus Defense, EODH, CyRIC, SignalGeneriX, AmaDema, ADDITESS, CELLOCK LTD, Ecliptic Defense and Space and ALTUS LSA.

The second day of the Conference will open with the third session entitled “Resilience in a rapidly changing world”. This session will focus on the Russian invasion of Ukraine, aspects of which will be analyzed by representatives of research centers and journalists.

During the third session, there will also be presentations on emerging technologies in Defence and Security by EDA officials. Officials of the participating companies will subsequently contribute productively to the Conference with interventions on new technologies in the fields of Counter-Unmanned Aerial Systems (C-UAS), Coastal Warfare as well as with presentations of combat systems and platforms between them and the Greek-made and designed Tactical Wheeled Armored Vehicle 4×4 HOPLITE, but also electronic warfare systems such as the Cypriot-made RF Hunter.

In fact, experts from public agencies such as the Crisis Management Center of the Ministry of Foreign Affairs and the Joint Rescue Coordination Center will contribute to the conference with their own experience and expertise.

The DEFENCE ReDEFiNED team will attend the upcoming conference so as to cover all developments. Stay tuned.