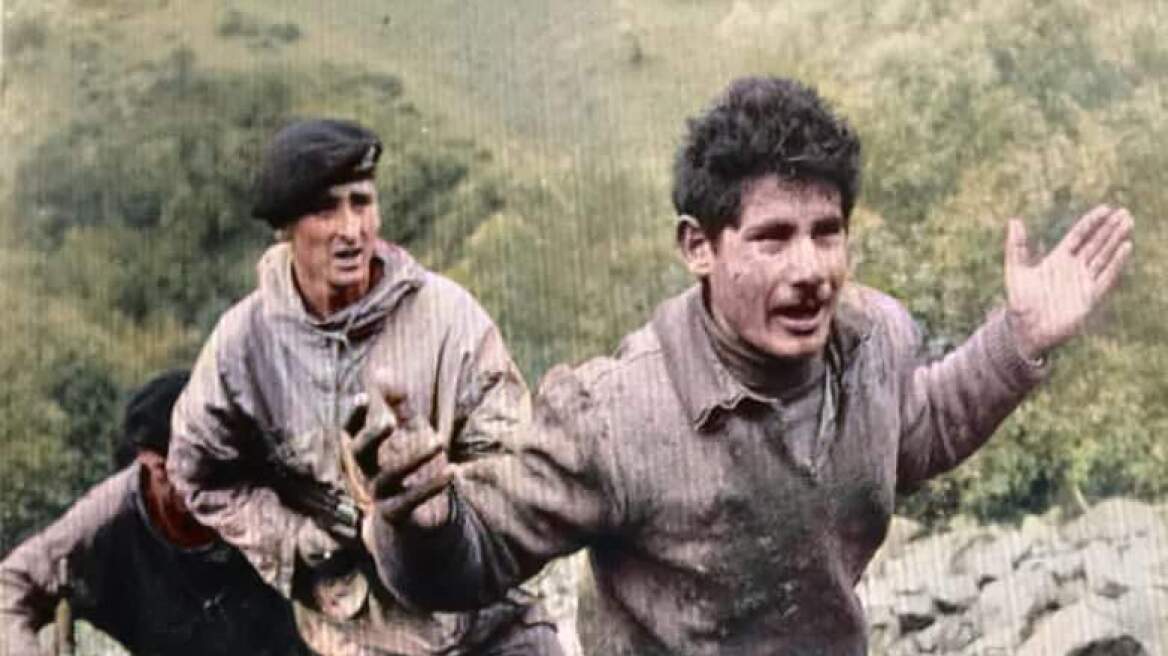 The EOKA fighter, Augustis Efstathiou, known as “Matrozos”, who was at the side of Grigoris Afxentiou in his last battle in Machairas, has passed away at the age of 88, according to an announcement of the EOKA Fighters Associations 1955 – 1959.

Augustis Efstathiou was born on May 11, 1934, at the western end of Cyprus, in Polis Chrysochous. His parents had six children, five boys, and one girl. Augustis was the youngest child in the family and his parents were the poorest in Polis.

When Augustis was two years old, his father died. After his father’s death, the daily wage of his working mother was all they had to support themselves. In the afternoons after school Augustis, at the age of 6, sold newspapers and gave the little money he got to his suffering mother.

Once he was informed that there was a night school, Augustis enrolled in lessons that lasted four years. In 1954, Cyprus submitted a request for Self-Determination-Union to the United Nations.

The request was rejected and violent demonstrations took place in Cyprus, which the occupiers called riots. Augustis was among the pioneers and was later arrested and sentenced to two months in prison. In March 1955 he was released, while on April 1 the liberation struggle began.

Upon the organization’s order, he carried out an execution and by order of the Head of the Nicosia Department, he joined the Guerilla warfare, met Grigoris Afxentiou in the mountains, obeyed his orders, and – albeit very few times – stayed by his side ever since.

The deceased was in the Stavraetos of Machairas group of Grigoris Afxentiou until the day he was sacrificed. Shortly before the abominable and cruel attack by the British in which Afxentiou was sacrificed and burnt for Liberty, Augustis Efstathiou, along with his other three comrades, Phidias Symeonidis, Andreas Stylianou, and Antonis Papadopoulos, were ordered by their leader to leave the hideout,” the announcement states.

In the battle of Machairas, he fought alongside Afxentiou and suffered burns from the fire in the hideout. He was arrested, tortured, and after three days was transferred to the General Hospital to have his burns treated. He was sentenced to imprisonment and was discharged after the end of the Armed Struggle and the proclamation of the Republic of Cyprus.