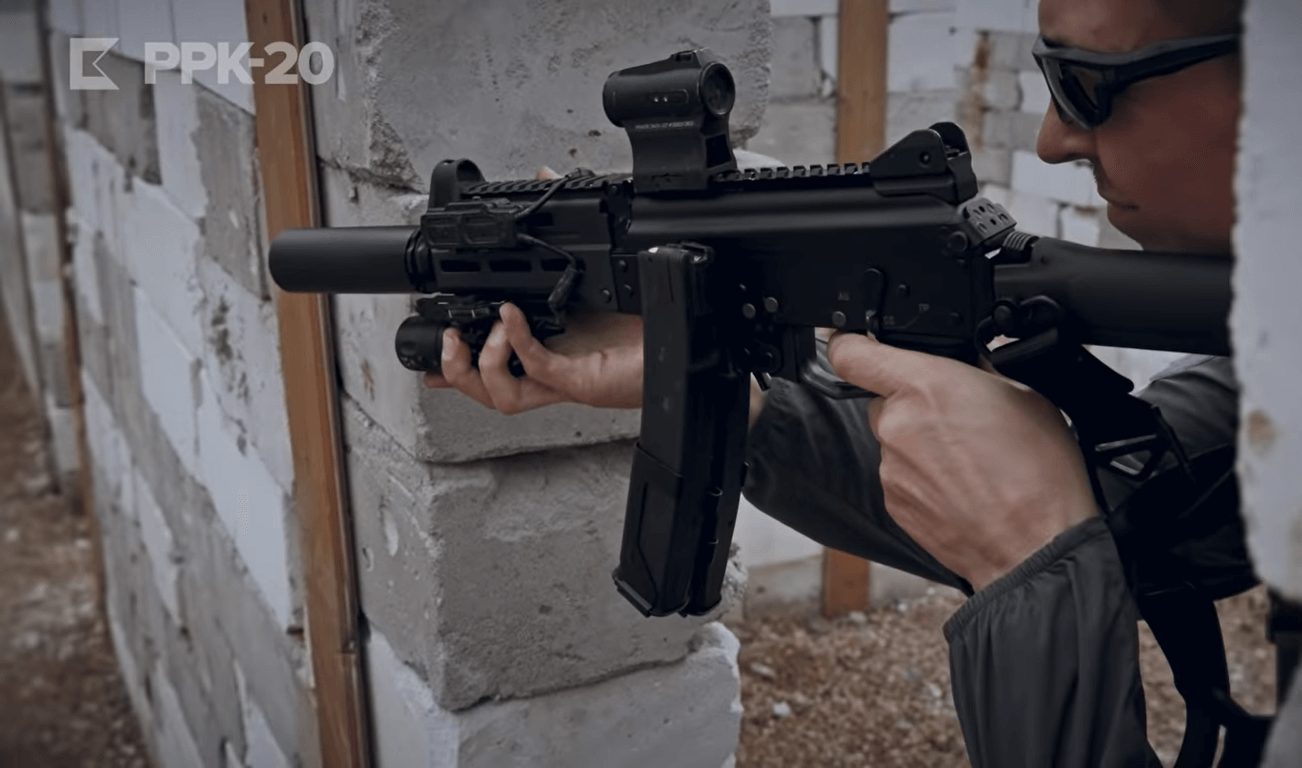 The exhibition, one of the largest in the world, showcases new weapon systems or upgraded versions of all systems of the Russian defence industry.

The well-known company Kalashnikov showcased this year a wide range of individual weapons, including the AK-19 rifles, the PPK-20 submachine gun for fighter jet and helicopter pilots, the new AKV rifle, while other models of the Russian industry such as the ASM assault rifle and the Tula arms VSSM sniper rifle were also presented.

Also read: Kalashnikov AK-19 | The export version of the AK-12

The following consists of the main features of the PPK-20 submachine gun.

The PPK-20 submachine gun is the advanced version of the PP-19 Vityaz and combines parts of the trunk and handguard of the AK-19. It uses the whole range of cartridges of its caliber, such as 9X19 or 7N21 ammo for higher penetration efficiency. It features a folding buttstock, while its design allows quick adjustment of a sling with the safety lever at thumb height. It can be amplified with a silencer, a laser pointer and a special platform for further equipment.

It is considered particularly efficient in short distances and for urban warfare, while it is presented as the weapon that will equip the pilots of the Air Force. In addition, it can be used as an individual weapon by vehicle personnel or special forces teams operating in urban areas.

The weapon is still being trialled for further changes and adjustments, so that Kalashnikov can proceed with its production.