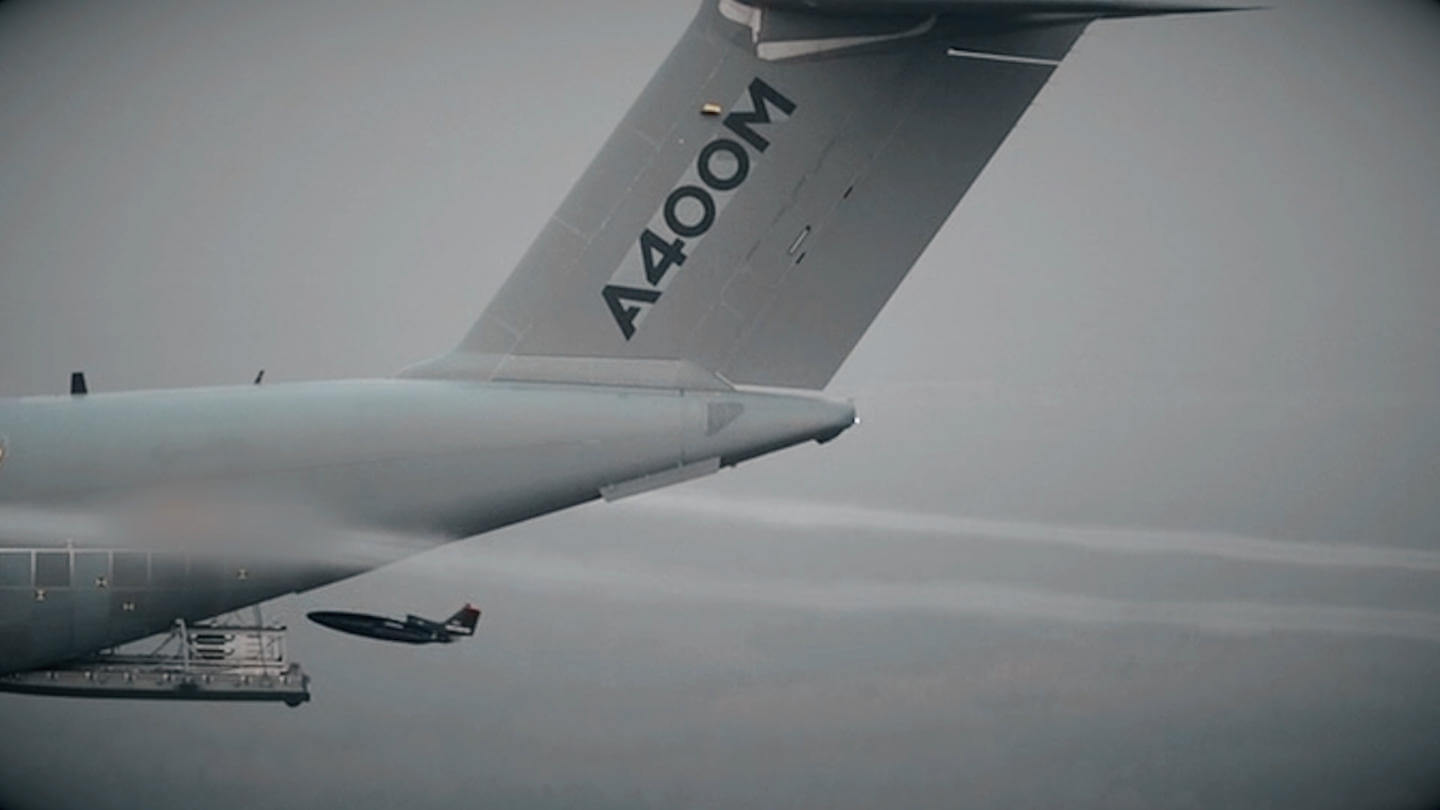 The Airbus A400M, a military tactical airlifter transport aircraft, has demonstrated an airborne launch of a UAV fulfilling a vital function for the Future Combat Air System (FCAS).

According to Airbus, during a recent test, an A400M deployed a UAV from its rear cargo ramp door whilst airborne, validating its capability to air-launch UAVs.

In the future, such Unmanned Aircraft, called Remote Carriers, can serve as force multipliers for various missions, while keeping the pilots out of harm’s way.

This approach is called Manned-unmanned teaming (MUM-T) and it will allow the Remote Carriers to operate in concert with manned aircraft, opening new fields of tactics to surprise, deceive, deter, saturate and strike opponents.

During the A400M flight test, an Airbus-built Do-DT25 UAV, which served as a surrogate Remote Carrier, was released over a test range in Northern Germany. Shortly after the launch, the UAV’s parachute opened, delivering it safely to the ground.

Throughout the test, the UAV was connected and transmitted data to the A400M “mother aircraft”. This data transfer illustrates how Remote Carriers can be connected to a combat cloud network, providing vital information by serving the role of “eyes and ears” over the battlefield, whilst also enabling them to be tasked by the manned aircraft’s operators during their missions. 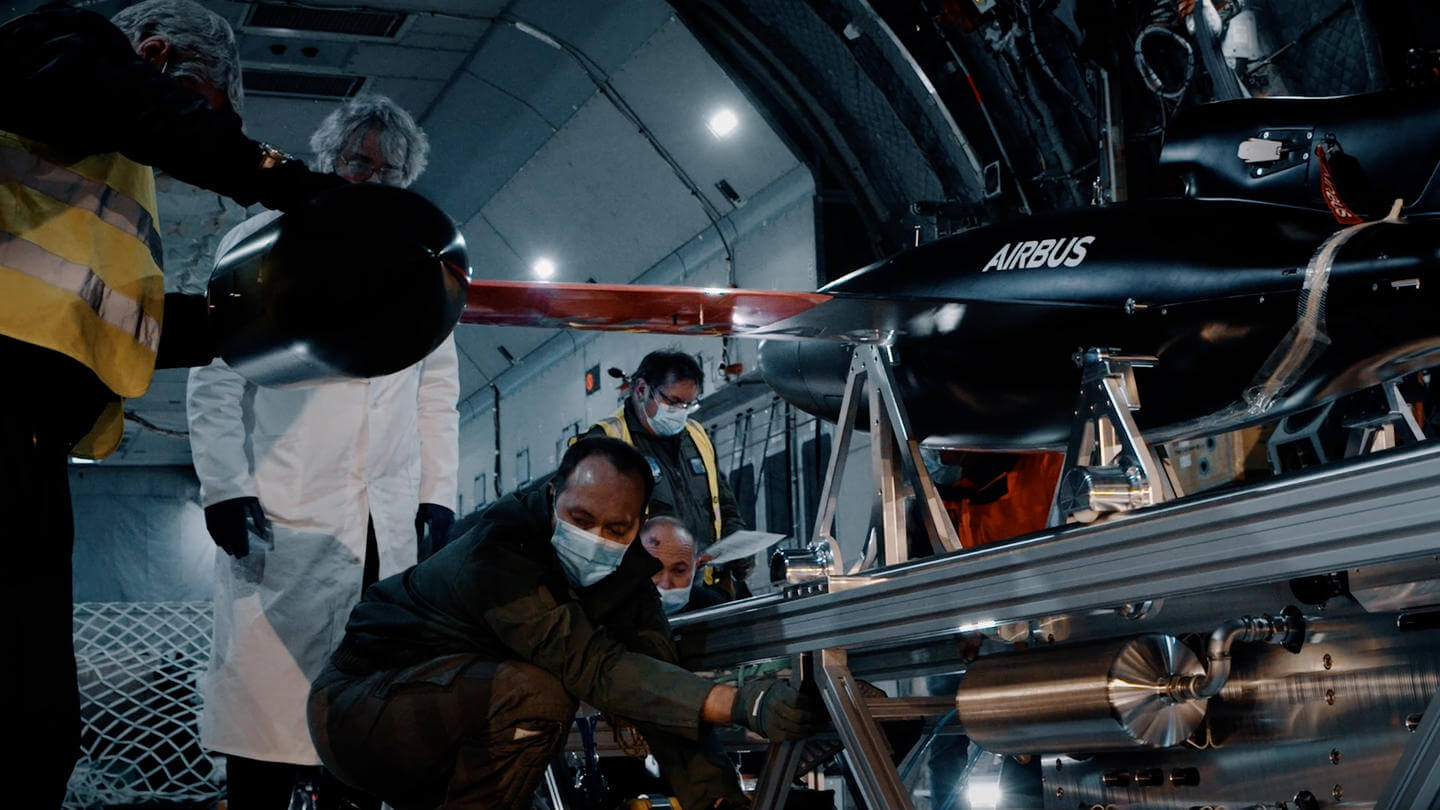 Also read: Thales | Contractor for the Procurement of the First Defence Cloud for NATO Forces – VIDEO

Airbus will continue to validate the A400M as an airborne launch platform for Remote Carriers, envisioning the ability to deploy large numbers of these UAVs. The multi-role airlifter’s large cargo compartment is expected to hold 40 or more Remote Carriers. The next flight test is planned to take place this year.

In addition, Airbus’s contribution to the 2021 German Air Force’s Timber Express exercise saw a vital development step being cleared, as a Eurofighter networked with and tasked two Do-DT25 UAVs in real-time, which proves that the successful first application of MUM-T with operational military aircraft in Europe.